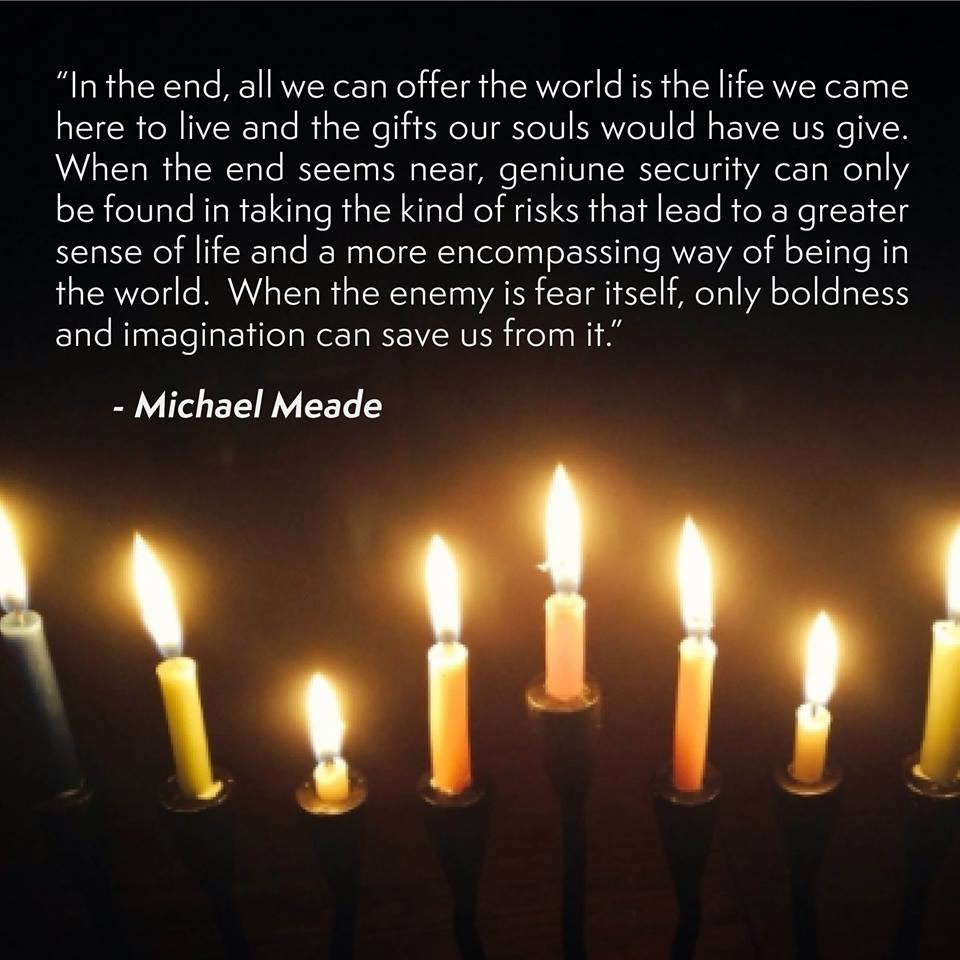 May 4, 2016 Bill Gross: Robots Are Taking Over, So Guarantee Income For Everyone

(Bill Gross is one of the most successful investors in Wall Street history and this article was published in Forbes, one of the veins of leaking out where we are heading…and it doesn’t look good for the children of humans, truth be told/sold.)

Robots are starting to take over, says Gross in his latest monthly investment outlook, and wipe out jobs. His solution: Unless we want to enter into an extended recession, the government needs to start guaranteeing income for everyone.

“If more and more workers are going to be displaced by robots, then they will need money to live on, will they not?” asks Gross. “And if that strikes you as a form of socialism, I would suggest we get used to it.”

He goes on to introduce the idea of a “universal basic income,” which he describes as inevitable, saying existing welfare programs like food stamps and the earned income tax credit aren’t enough.

Fiat Chrysler Automobiles NV and Alphabet Inc.’s Google plan to develop several dozen self-driving prototypes based on the carmaker’s Pacifica minivan in the first phase of a joint project to create autonomous vehicles, people familiar with the matter said.

Fiat Chrysler plans to equip the new Pacifica, which will be available as a plug-in hybrid, with Google technology starting this year, said the people, who asked not to be identified before an official announcement. The companies would remain free to cooperate in driverless technology with other partners, the people said.

It appears my allegedly optimistic path for self-driving vehicles on the roads by 2020 may not have been optimistic enough. Tests of self-driving taxis will take place within a year in a deal between GM and Lyft. In a second deal, Chrysler and Google have teamed up on a self-driving minivan. In Germany, self-driving trains will interconnect with self-driving autos to form self-driving door-to-door networks.

The Driverless Truck Is Coming, and It’s Going to Automate Millions of Jobs

A convoy of self-driving trucks recently drove across Europe and arrived at the Port of Rotterdam. No technology will automate away more jobs — or drive more economic efficiency — than the driverless truck.

Shipping a full truckload from L.A. to New York costs around $4,500 today, with labor representing 75 percent of that cost. But those labor savings aren’t the only gains to be had from the adoption of driverless trucks.

Where drivers are restricted by law from driving more than 11 hours per day without taking an 8-hour break, a driverless truck can drive nearly 24 hours per day. That means the technology would effectively double the output of the U.S. transportation network at 25 percent of the cost.

On one end of a dock at America’s busiest port, tractor-trailers haul containers through dense, stop-and-go traffic. Sometimes they collide. Sometimes the drivers must wait, diesel engines idling, as piles are unstacked to find the specific container they need.

A few hundred yards away, advanced algorithms select the most efficient pathway for autonomous carriers to move containers across the wharf. The four-story-high orange machines cradle their cargo, passing quietly within inches of each other, at speeds as fast as 18 miles an hour, but never touching. Self-driving cranes on tracks stack the containers and then deliver them to waiting trucks and trains with minimal human intervention.

TraPac LLC’s Los Angeles marine-cargo facility demonstrates how autonomous technology could revolutionize freight transport as much as or more than personal travel. TraPac’s equipment doubles the speed of loading and unloading ships, saving money and boosting profits. Their impact is rivaling that of containerization, which eliminated most manual sorting and warehousing on docks after World War II.

“Self-driving won’t just rebuild the current freight system, it will create a whole new way of thinking about it,’’ said Larry Burns, a former research and development chief at General Motors Co. and now a consultant at Alphabet Inc.’s Google unit.

“It will happen sooner with goods movements than with personal transportation, because the economics are crystal clear.’’

Robots will soon control the weather

Engineers and meteorologists from Nevada have joined forces to create the first autonomous cloud seeding platform – using drones to control the weather. Cloud seeding is a technique where small particles are dropped into a cloud from an aircraft or rocket to alter the microphysical processes going on inside and make it rain (or snow). Research on the subject has been ongoing for more than a century, but it’s still not clear how well it actually works in reality – a cloud might produce rain after being seeded, but it’s hard to know if that cloud would have just produced rain anyway.

The military is starting tests on the world’s largest unmanned surface vessel — a self-driving, 132-foot ship designed to travel thousands of miles out at sea without a single crew member on board.

The so-called “Sea Hunter” has the potential to revolutionize not only the military’s maritime operations but commercial shipping, according to military officials. If successful, it could usher in the arrival of unmanned cargo vessels moving between countries.

You could soon be sharing the sidewalk with robots in D.C. A test project will be presented to District leaders to allow delivery robots to operate on city sidewalks.

These robots could be delivering your takeout meal or maybe some fresh groceries. The company that created them say they are safe, smart and conserve energy.

Two co-founders of Skype have created the company Starship Technologies to create these self-delivery robots that is designed to roll down the sidewalk and navigate stop signs and red lights. It even has advanced technology so it doesn’t hit pedestrians.

“It has nine cameras, an obstacle detection system,” said Alexander Shakeshaft. “For example, if a pedestrian was to walk in front of it, the robot would stop.”

One factory has “reduced employee strength from 110,000 to 50,000 thanks to the introduction of robots”, a government official told the South China Morning Post.

China is investing heavily in a robot workforce.

In a statement to the BBC, Foxconn Technology Group confirmed that it was automating “many of the manufacturing tasks associated with our operations” but denied that it meant long-term job losses.

The U.S. Navy and the Defense Advanced Research Projects Agency (DARPA) are now testing a new unmanned drone warship. The first Navy drone ship is a 132-foot ACTUV (Antisubmarine warfare Continuous Trail Unmanned Vessel) known as Sea Hunter, which cost around $120 million to build. The military says more can now be produced for $20 million or so each. But some are concerned that with no humans at the controls, these “robot ships” could be hacked, pwned remotely, and used by America’s enemies to attack the United States.

“Here” is a funny word. So says Scott Hassan, the media-shy Silicon Valley billionaire who once set out to build the first fully autonomous humanoid robot, and ended up hawking what looks like a flatscreen atop two long legs with wheels. If Hassan has his way, this seemingly simple device—called a Beam—will close the loop between cyberspace and meat-space.

A robot surgeon has been taught to perform a delicate procedure—stitching soft tissue together with a needle and thread—more precisely and reliably than even the best human doctor.

Currently, most surgical robots are controlled remotely, and no automated surgical system has been used to manipulate soft tissue. So the work, described today in the journal Science Translational Medicine, shows the potential for automated surgical tools to improve patient outcomes. More than 45 million soft-tissue surgeries are performed in the U.S. each year. Examples include hernia operations and repairs of torn muscles.

A two-year trial, which starts next month, will train a “farmbot” to herd livestock, keep an eye on their health, and check they have enough pasture to graze on.

Sick and injured animals will be identified using thermal and vision sensors that detect changes in body temperature and walking gait, says Salah Sukkarieh of the University of Sydney, who will carry out the trial on several farms in central New South Wales.

“You’ve also got colour, texture and shape sensors looking down at the ground to check pasture quality,” he says.

The robot, which has not yet been named, is a more sophisticated version of an earlier model, Shrimp, which was designed to herd groups of 20 to 150 dairy cows.

The Coming Wide-Spread Use of Drones in Agriculture

Let’s cover what drones can offer and what growers can use, then dig into what is out there and happening over some fields right now.These Things are Important to Farmers, but are Limited or Troublesome

Confirmation: Verifying that plants are growing where and when they should, and checking this as early and often as possible.
Early Detection of Problems: Detecting areas of poor growth and crop damage as early as possible, limiting impact and maximizing the chances of doing something about it.
Fertilizer Planning: A crop will never grow completely evenly, and choosing where to put fertilizer and how much to use based on plant density and health (instead of spreading it uniformly) can save significant money. This is called Variable Rate Application and anything that helps it get done more accurately saves money and increases crop yield.