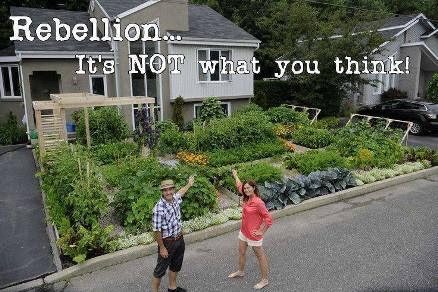 California supplies 50% of the produce for the United States. The Federal government has told the CA farmers they will get ZERO water this year from the Sierra Mountains, the first time in history this has ever happened.

State of the Farm and Water Report for California; “It’s Just Not There.”

So far, California’s dairy farmers and ranchers have been the hardest hit by the drought, and those abiding by national organic standards have an even tougher road. “If you want to have your milk certified organic, it means you have to have your cows grazing on certified organic pasture, and if there is nothing to graze you have to bring food in,” says Jeffrey Westman of Marin Organic.

‘A lot of guys can send their cattle to feedlots but we can’t do that, we just rely on the grass, so that’s why our prices may be a little bit more. It’s not as easy as conventional beef.’

Additionally organic producers are required to graze their animals for a minimum of 120 days during pasture season and they must get 30 percent of their feed from the pasture during that grazing season. In California, winter rains provide pasture. Straus says they usually have four to five months of pasture beginning in February. But this year the lack of rain has meant his cows were getting out to pasture at least a month late and he’s unsure how long the pasture season will be if more rain doesn’t come.

Little precipitation thus far has meant “there is just nothing to eat,” says Westman, which is why the Secretary of Agriculture gave a temporary variance in February and March to farmers and ranchers in designated drought disaster areas (which is almost the whole of California). This means that organic hay can be supplemented instead of pasture, but finding that hay is no easy feat and what is available is much more expensive. Dairy farmers and ranchers must compete with global markets, as California hay is also shipped overseas to Asia – and many who’ve seen local hay supplies dry up have had to look to Oregon, Nevada, Texas, and in some cases, the Midwest, for supply. The increased cost has forced some to sell off parts of their herd.

Tomorrow’s hamburger may cost as much as today’s steak

Beef prices expected to rise through 2016

Beef/Food Prices Set to Soar This Summer In California

Retail beef prices have climbed once again. From January to February, the prices that consumers paid for meat, poultry fish and egg climbed 1.2% (and over the past 12 months, 4%), according to government data ; that’s compared with 0.4% (and 1.4%) for food overall. The data shows that urban consumers paid an average of nearly $3.56 per pound for 100% ground beef.

Sky High Food Prices Ahead Due To California Mega Drought

California supplies 50% of the food for the United States. The CA farms that supply much of the nation’s produce are literally running out of water.

Maps indicate that the areas of California hardest hit by the mega-drought are those that grow a large percentage of America’s food. Those regions include Monterey County, which produced nearly half of the lettuce and broccoli grown in the United States in 2012.

It’s not just vegetables that will be affected; nuts and fruits will be hit just as hard or harder.

“There will be thousands of acres of fruit and nut trees that will die this year because of lack of water,” David Sunding, a professor of natural resources at the University of California at Berkley, told the San Jose Mercury News. “The reduction in yield will drive up prices.”

The produce grown in the Golden State includes:

t isn’t known how high prices will climb, but some farmers already are making predictions.

The price of a pint of organic strawberries will rise by 20 percent, from $3.50 to $4.20, California strawberry farmer Jim Cochran told The Monterey Herald. Cochran runs the Swanton Berry Farm in Davenport, California, where he also grows artichokes — which he has stopped watering.

World food prices in February posted the biggest gain in 19 months, and dairy costs reached a record, according to the United Nations

Shippers sold 162,999 metric tons of milk powder, cheese, butterfat and whey in January, up 19 percent from a year earlier, according to the latest data from the U.S. Dairy Export Council. Almost 15 percent of milk production went to exported goods, up from 12 percent a year earlier, the group said. Cheese shipments climbed 46 percent.

A rise in global demand for U.S. dairy goods comes as a drought threatens output in California, the nation’s top producer. Milk prices have jumped 21 percent this year, signaling higher costs for consumers and restaurants such as Domino’s Pizza Inc. and Potbelly Corp., while the cost of cheddar cheese also reached a record Monday.

Nearly 1 in 5 New Yorkers depend on aid for food

Homelessness in New York City reached its highest level since the Great Depression last year, and it’s now been confirmed that one in five New Yorkers—an astounding 1.4 million of the total population of 8.3 million—currently rely on food banks and pantries to sustain themselves every day.

This number is nearly the same percentage of New Yorkers who live below the poverty lines, and overlaps with the 1.8 million city residents who already use the Supplemental Nutrition Assistance Program, commonly known as food stamps.

The number of those who frequent food banks has soared by 200,000 since 2008, the year of the global financial crisis. But the real whiplash of austerity hit on November 1st of last year, when the benefits of the decades-old food stamp program extended by President Obama’s 2009 stimulus bill ran their course.

SNAP benefits were boosted by the 2009 stimulus bill, and were to remain at that higher level until the annual inflation adjustments overtook it. But in 2010, Congress (controlled of course, at the time, by Democrats) passed a bill that took $2.2 billion from SNAP and applied the funds to one of Michelle Obama’s pet projects: a healthy lunch initiative for low-income children. This is what created Friday’s abrupt drop in benefits.

At the time, many House Democrats refused to punish food stamp recipients and would not agree to the funding offset, especially since SNAP had already been raided once before to help fund a round of emergency aid to states. This lead to clashes with the White House and phone calls from Michelle Obama, as a contemporary Politico story notes:

Despite heavy lobbying by the first lady, more than 100 House Democrats have balked at approving the Senate’s $4.5 billion version of the nutrition bill because it is funded in part with $2.2 billion in cuts to SNAP, the federal food stamp program. They want assurances from the Obama administration that the funding cuts the Senate approved will be restored in the near future.

“The White House’s preference is to just pass the bill,” said a congressional staff member who spoke on the condition of anonymity while the negotiations are ongoing.

The White House kept promising to “find a different offset in the future,” in the words of a spokesman at the time, and Democrats eventually relented. But no offset was ever found—despite several crisis negotiations that have happened since: the spring 2011 near-shutdown, the summer 2011 debt-ceiling deal, the fiscal cliff of late 2012 and this fall’s dual government shutdown and debt-ceiling faceoff. Democrats extracted numerous policy concessions throughout all this, but solving the so-called “hunger cliff” was not one.

There were surely plenty of other funding offsets that could have been explored, or of course Democrats (who, again, controlled the House and sixty votes in the Senate) could have just passed the relatively small school lunch bill without any funding offset.

Why insist on the SNAP offset? Again, 2010-era Politico:

[Rahm] Emanuel and members of the president’s legislative affairs team have been trying to broker a deal to satisfy progressives. Offsetting the cost of the lunch program with cuts to food stamps was not an ideal approach for the White House, either; but there are also concerns about the deficit. And the White House has already made several funding promises to lawmakers, including assurances to Sen. Blanche Lincoln (D-Ark.) that she would receive agriculture assistance in exchange for her support for small-business legislation.

So it was “deficit” concerns and a desire to preserve “agricultural assistance” (read: farm subsidies) that motivated the White House to press House Democrats to raid SNAP.

He hopes to start the plant with a volume of about 100 hogs a week and 100 beef cattle a week, roughly half what Rancho was processing, he said.

The Petaluma plant is considered crucial to ranchers who raise grass-fed beef and sell it to high-end restaurants and at farmers markets. Without the plant, ranchers must take their cattle to processing facilities in Eureka or the Central Valley.

2.21.14   Marin beef producer works to save meat from recall