Washington, DC – In a move likely indicative of a coming resurgence in the long-running “war on drugs,” the Trump administration has appointed extreme marijuana prohibitionist, Pennsylvania Rep. Tom Marino to serve as U.S. drug czar, according to a report by CBS News. As drug czar, Marino would be responsible for coordinating drug control strategy and federal government funding of the “drug war.”
The P-51 Mustang in 25 Incredible Facts Sponsored by War Bitz Read more Marino is known as a rabid hardliner on drug policy, going so far as to proclaim that nonviolent drug offenders should be placed in a “hospital-slash-prison.” Congressman Marino is set to resign his position in the House to direct the Office of National Drug Policy Control, which advises President Trump on drug policy.

Since 2011, Marino has voted against amendments on three different occasions that would have prohibited the U.S Department of Justice from interfering with state medical cannabis laws and allowed Department of Veterans Affairs doctors to give military veterans medical cannabis recommendations, according to MassRoots.

Additionally, Marino voted against a law to protect state-controlled CBD programs from federal crackdowns and has at least twice opposed industrial hemp legislation. Perhaps the biggest irony here is the fact that Marino, in an October interview with the Sun-Gazette, had the nerve to absurdly claim he’s a “states’ rights guy.”

In the same interview, he noted that the only way he would ever agree to legalizing cannabis would be after “a really in-depth medical scientific study.” Revealing his extreme level of ignorance about the veracity of medicinal cannabis, Marino said:

“If it does help people one way or another, then produce it in pill form … You can’t smoke it for this, but you take a pill. But don’t make an excuse because you want to smoke marijuana. Look what’s happening to states and cities who are legalizing it. They are running into a lot of problems.”

Revealing his extremist views on drug policy in testimony to the House Ways and Means Committee, Marino noted:

“One treatment option I have advocated for years would be placing nondealer, nonviolent drug abusers in a secured hospital-type setting under the constant care of health professionals. Once the person agrees to plead guilty to possession, he or she will be placed in an intensive treatment program until experts determine that they should be released under intense supervision. If this is accomplished, then the charges are dropped against that person. The charges are only filed to have an incentive for that person to enter the hospital-slash-prison, if you want to call it.”

Another Huge Spill in the Gulf of Mexico

A leak from an undersea pipeline network operated by Royal Dutch Shell spilled nearly 90,000 gallons of oil into the Gulf of Mexico last week. The leak occurred about 90 miles off the Louisiana coast in the Glider Field near the company’s Brutus Tension-Leg Platform.

The US Coast Guard (USCG) and Shell have recovered over 76,600 gallons of oily-water mixture, the company said. No coastal impacts are expected and there’s been no reports of injury to wildlife. Gulf fisheries remain open.

“The Coast Guard and Shell jointly agreed that using on-water recovery vessels and skimming is the safest and most effective oil recovery option at this time,” the USCG said in a statement Sunday.

The federal Bureau of Safety and Environmental Enforcement (BSEE) is leading an investigation to determine the cause of the spill.

Let’s Be Honest; We’re All Screwed

Below is a list of 122 studies showing that marijuana cures cancer, categorized by the type of cancers being cured in each study. This extensive list only includes articles from credible scientific journals. It is important to note that we’re not only talking about reducing the side effects of chemotherapy, we’re talking about completely curing the cancer itself!

END_OF_DOCUMENT_TOKEN_TO_BE_REPLACED

In a well coordinated move, just a week after GW Pharmaceuticals (GWPH) just received FDA approval of their synthetic drug Sativex, (as strain of Sativia w/ chemicals) to treat seizures, when the weed alone was curing it naturally and cheaply, the FDA lays down the hammer on Med. Marijuana growers.

A Weed, A WEED, cures cancer, and disallows remote mind control, so Big PHarma, in bed with the FDA simply are chemically synthesizing the weed that cures all, rebranding, patenting, and then claiming patent rights to the WEED!

Of course the new synthetic pill will never, ever CURE, because that would end a multi-billion dollar business, so change the cure with some added chemicals, file a patent, get your buds at FDA to ban natural curing marijuana, and viola…you just tapped into another huge market to make billions and billions and never,ever find the cure. 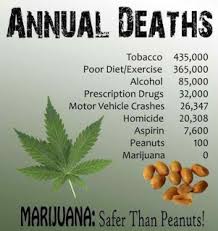 (NaturalNews) Hemp oil extracts containing CBDs (cannibidiols) are such a threat to the pharmaceutical industry that the FDA is now invoking totally insane justifications for outlawing them.

So the FDA has just launched a massive regulatory assault against CBDs by invoking the most insane logic you’ve ever heard. Here’s how it goes:

1) CBDs work so well that drug companies are now investigating them to be approved by the FDA as medicines.

2) Because CBDs are being investigated by drug companies, the FDA has granted CBDs status as being “investigated as a new drug.” In the FDA’s own language from their website, “FDA considers a substance to be ‘authorized for investigation as a new drug’ if it is the subject of an Investigational New Drug application (IND) that has gone into effect.”

4) Now the FDA has begun sending warning letters to CBD makers, claiming they are in violation of FDA regulations because they are selling “adulterated products.” Adulterated with what, exactly? CBDs, of course! “The debate over hemp CBD’s legal status continues after FDA sent eight warning letters to manufacturers of CBD dietary supplement and food products earlier this month,” reports Nutritional Outlook. “The warning letters cite impermissible health claims used to market the products, as well as CBD’s invalid status as a dietary ingredient due to its presence in two drug applications currently under consideration.”

Cancer is BIIIIIIIIIIIIIIIIIG Business and is predicted by W.H.O. to increase 70% in just the next 14 years

Worldwide cancer cases expected to soar by 70% by 2030

Cannabis Oil and Cancer: The Story of Benton Mackenzie

This case is very interesting. It involves the use of cannabis oil in suppressing a cancer that has no effective conventional treatment outside of surgery. It is even more captivating because he was using a cannabis oil preparation that was mostly/all CBD which is not the usual way we have seen people treating cancers. Lastly, it’s thought-provoking because this is the first time that we’ve witnessed cancer respond to pure CBD oil as opposed to using a balanced THC/CBD preparation. It also highlights the absurdity of the Iowa criminal justice system, and how a man can be made into a criminal based only on his will to live.

Benton Mackenzie age 48, a resident of Iowa, became a lightning rod for marijuana activists last year after he was arrested for growing his own medical marijuana in a state where possession of pot is still highly illegal. In fact, Iowa and Nebraska have gone so far as to sue Colorado for increasing drug trafficking through their states.

Mackenzie claims that he was growing and using pot for treating a highly painful and deadly cancer. At the time he was facing the possibility of an extended prison sentence if found guilty—a prospect that would insure his death as certain as if her were executed by the state. That prospect came about anyway after he was deprived of his life-saving oil.

May, 2013. In Davenport, Ia., Scott County jurors delivered a guilty verdict on four felony charges. His wife and son were also convicted of the same offences. Benton’s case made national news because his marijuana use was to control the growth of several large, painful tumors on his buttock and legs. Without the use of this controversial and illegal substance, his tumors would grow like desert flowers after a rain shower. He was not growing pot for any other reason than for self-use. However, that’s where the problems started since all forms of pot are still illegal in Iowa. It also demonstrates how a judge with a different agenda can sway a jury by mandating that he not testify to the real reasons why he was using cannabis oil.

Because Iowa law does not allow use of marijuana to treat Mackenzie’s condition, Judge Henry Latham barred defense attorneys from saying he used marijuana out of medical necessity. That ruling further infuriated many Iowans who have reached out to support Mackenzie since his arrest. A “Free Benton Mackenzie” Facebook page had 1,797 “likes” on Wednesday afternoon.

Mackenzie believes the judge’s ruling sealed his fate with jurors who might have been more sympathetic had they learned about his condition.

“I’m still flabbergasted about how a judge can court-order me to not tell the whole truth and nothing but the truth,” he said outside the courthouse after the verdict. “It’s an abomination of justice.”

A Recipe To Make Cannabis Oil For A Chemotherapy Alternative

Got organic cannabis? If you live anywhere near CBDRx, a Longmont, Colorado cannabis farm, you’ll be one of the first to enjoy USDA approved, certified organic, industrial hemp. In an email correspondence obtained by KUNC, Penelope Zuck, the USDA’s organic program accreditation manager, said:

“As long as the industrial hemp is grown according to the Farm Bill, it can be certified organic to the USDA National Organic Program.”

This means that a hemp farm, only recently given legal authority to grow after more than a hundred years of propaganda, can now market with the USDA’s organic seal. Hemp is still considered cannabis under federal law, but a federal agency has given a Colorado farm their blessing to grow hemp organically. Interesting times, aren’t they folks? Just last year, Zuck even wrote, “Marijuana may not be certified organic under the USDA organic regulations.”

Though hemp is not the same as marijuana since it is not hallucinogenic, it has long been lumped into the same category. Due to the recent Farm Bill that passed, some varieties of cannabis, colloquially known as “hemp,” are federally recognized as legitimate crops as long as they’re below a certain THC threshold. As KUNC points out “a lack of nuance in the Controlled Substances Act means “cannabis” — hemp included — still remains an illegal drug, with no redeemable value and a high level of abuse. The Farm Bill’s language even acknowledged the conflict [.pdf], where lawmakers nodded to the plant’s status under the CSA but effectively ignored it.”

Other growers in Colorado have claimed that they are organic, but without the certification or proof. “We at CBDRx decided to challenge the norm and request USDA certification for our hemp. And through some true passionate efforts we succeeded,” said Tim Gordon, a member of the CBDRx research team. The company’s certification was completed by OneCert, a Nebraska-based third party auditing firm.

Ironically, CBDRx’s organic certification means that while one arm of the federal government, the Drug Enforcement Administration, still considers cannabis a schedule I drug, the USDA is ready to swoop in and give organic certification, “just as long as the crops are grown with organic standards” put forth by the agency.

Twin Study: Marijuana Use Has No Direct Effect on IQ Researchers reported no dose-response relationship between cannabis use and IQ decline.

Why Big Pharma hates legalized marijuana; painkillers, chemotherapy and psych drugs could be made obsolete

Researchers Suggest Cannabis Can Reduce Obesity and Risk of Diabetes

Mainstream is catching on.  Big Biz is legalizing to take advantage of one of the biggest growth trends over the next 15 years…an estimated 70% growth according to WHO

Worldwide cancer cases expected to soar by 70% over next 15 years; WHO