“Truth is Truth and Has No Feelings One Way or Another”

Theodor W. Adorno (Tavistock Institute) was the brains behind the ‘Beatles’ as he held the rights to the music and eventually his estate sold those rights to Michael Jackson.

Adorno a classical musician wrote their music and it was all filtered down through Paul who could not read a note of music by the way. In fact the only half way real musician in the band was George Harrison. John was a poet who could strum a few chords and Ringo a hack drummer at best. George often wondered why they never wanted to use his songs. Oh and as an aside, Paul ended up being Knighted, and you don’t get Knighted unless you have done as you were told and made your masters proud.

The Beatles were introduced to the public as a means to spread youth culture which led to the spreading of the ‘New Age’ culture and this was all geared to setting up a nihilistic culture that is all to present today. It’s called divide and conquer but this gets into a whole different ‘Pandora’s Box’ if you will. Things are not what they seem.  https://www.iorr.org/talk/read.php?1,1767100,1767100

Theodor Adorno left Germany in the spring of 1934. During the Nazi era he resided in Oxford, New York City, and southern California. There he wrote several books for which he later became famous, including Dialectic of Enlightenment (with Max Horkheimer), Philosophy of New Music, The Authoritarian Personality (a collaborative project), and Minima Moralia. From these years come his provocative critiques of mass culture and the culture industry.

Returning to Frankfurt in 1949 to take up a position in the philosophy department, Adorno quickly established himself as a leading German intellectual and a central figure in the Institute of Social Research. Founded as a free-standing center for Marxist scholarship in 1923, the Institute had been led by Max Horkheimer since 1930.

It provided the hub to what has come to be known as the Frankfurt School. Adorno became the Institute’s director in 1958.   http://plato.stanford.edu/entries/adorno/ 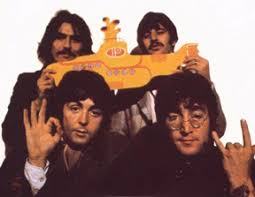 The phenomenon of the Beatles was not a spontaneous rebellion by youth against the old social system. Instead it was a carefully crafted plot to introduce by a conspiratorial body which could not be identified, a highly destructive and divisive element into a large population group targeted for change against its will.

New words and new phrases–prepared by Tavistock(1)– were introduced to America along with the Beatles. Words such as “rock” in relation to music sounds, “teenager,” “cool,” “discovered” and “pop music” were a lexicon of disguised code words signifying the acceptance of drugs and arrived with and accompanied the Beatles wherever they went, to be “discovered” by “teenagers.” Incidentally, the word “teenagers” was never used until just before the Beatles arrived on the scene, courtesy of the Tavistock Institute for Human Relations.

Tavistock and its Stanford Research Center created trigger words which then came into general usage around “rock music” and its fans. Trigger words created a distinct new break-away largely young population group which was persuaded by social engineering and conditioning to believe that the Beatles really were their favorite group. All trigger words devised in the context of “rock music” were designed for mass control of the new targeted group, the youth of America.

The Beatles did a perfect job, or perhaps it would be more correct to say that Tavistock and Stanford did a perfect job, the Beatles merely reacting like trained robots “with a little help from their friends”–code words for using drugs and making it “cool.” The Beatles became a highly visible “new type”– more Tavistock jargon–and as such it was not long before the group made new styles (fads in clothing, hairstyles and language usage) which upset the older generation, as was intended. This was part of the “fragmentation-maladaptation” process worked out by Willis Harmon and his team of social scientists and genetic engineering tinkerers and put into action.

Following the Beatles, who incidentally were put together by the Tavistock Institute, came other “Made in England” rock groups, who, like the Beatles, had Theo Adorno write their cult lyrics and compose all the “music.”

Another interesting thing is that The Beatles were knighted by Queen Elisabeth in the 60’s for “good work”. Ringo told the press he’d been so nervous he had to smoke pot in the bathroom before he met the Queen. Recently Paul McCartney was knighted “again”…

There is a great online meme, suggesting that Theodor Adorno was the brains behind the Beatles. Picture the scene. It’s 1963 and Lennon and McCartney are struggling struggle with the composition of ‘She Loves You’. “She loves you,” says Lennon. “What comes next?” “Yeah, yeah, yeah?” chips in Adorno. “Brilliant, Teddie, just brilliant,” says McCartney. And , as a result, the song becomes a transatlantic smash, the Beatles’ all-time best-selling single. True story.   In fact, of course, Adorno, as you might expected, despised the mop-topped Scouse beat combo and everything they stood for. “What can be urged against the Beatles,” he said during a discussion in the magazine Akzente in 1965, ” is simply that what these people have to offer is something that is retarded in terms of its own objective content. It can be shown that the means of expression that are employed and preserved here are in reality no more than traditional techniques in a degraded form.”     Adorno was also scathing about 1960s protest music, arguing in this interview that it was corrupted by its association with commodified popular musical tropes as he explains. The high mindedness of Adorno’s critique loses its potency when you realise it was expressed by a philosopher who, during the 1960s, used to enjoy watching the safari drama Daktari, with its hero Clarence, the cross-eyed lion.

History of the Frankfurt School

The first generation of the Frankfurt School were all Jews and the Institute of Social Research itself was funded by a Jewish millionaire, Felix Weil. It was created during the Weimar Republic and soon become very influential. The Frankfurt School was perceived as a communist organization and closed down within six weeks of Hitler’s ascent to power. It migrated to the United States (until after World War II) where it was also widely perceived as a communist front organization.[1]