Most in Alt News are aware that the CIA has been intimately integrated into all major news services under Operation Mockingbird, amongst other secret Op’s (here).

Yet, how many are aware of the total and complete infiltration/inculcation into major media has been made by Jesuit influence and control?

ABOARD THE PAPAL AIRLINER — Inserting himself into the Republican presidential race, Pope Francis on Wednesday suggested that Donald J. Trump “is not Christian” because of the harshness of his campaign promises to deport more immigrants and force Mexico to pay for a wall along the border.

Over the past week whorporate media has been foisting the false debate between Jesuit trained and educated at Fordham Univ., Donald “Czar of Bread and Circus” Trump vs. Pope Francis at the exact same time Jesuit trained Judge Antony Scalia was whacked….by likely his own people. (here, here, here)

This is how the Jesuits roll. They control all sides of the conversation and will whack even one of their own to attain agendas.  If the “Infallable” Pope says black is white, then black is white, is a motto of allegiance to the Black, Gray and the White Pope, along with the 13 Satanic bloodlines that control them for centuries. (here)

Jonathan Morris (born August 22, 1972), is an American Roman Catholic priest currently serving in the Archdiocese of New York. Best known as a commentator on religious matters in the media, he has been a contributor and analyst for the Fox News Channel since 2005. He is currently a Religious Life Adviser (campus minister) at Columbia University.

Morris was then appointed as the Vice Rector of the seminary he had attended,[1] though he has been rarely identified with the Legion on camera.[2]

Catholic-Jesuit Control of the Mainstream Media

Notice when TIME Magazine named Pope Francis their “person of the year” for 2013, all of the major media corporations chimed in to praise the decision. This is the same mainstream media known for mocking and attacking Christianity, yet they show immense respect and adoration for the pope and the Catholic hierarchy.
Have you ever wondered why the Illuminati owned and controlled media glorify promiscuity, homosexuality, pornography, murder and violence, yet mock and attack Christianity—almost always depicting Christians in a negative light? It will start to make sense to you when you realize that most of the top executives who control the mainstream media are Jesuit-trained alumni and members of Catholic orders. They are the Vatican’s propaganda ministers.
Let’s look at the following list compiled in 2009:
#1: Time Warner

The owner is Jeff Bewkes. Until recently, the head was Richard Parsons, an associate of the Rockefellers, who are Papal Cohorts of the Jesuits.

The man in charge is Robert Iger, but Director Emeritus is Roy Disney, who is a Papal Knight in the Roman Catholic Order of St. Gregory the Great. Also notable is the fact that since 1996, a man named Leo J. O’Donovan, S.J. has been on the board of the company. O’Donovan is a Jesuit priest and the former President of Georgetown University.

Rupert Murdoch is a Knight of Malta, a Knight of St Gregory the Great, and a Knight of the Equestrian Order. He is the founder, Chairman and CEO of global media holding company News Corporation, the world’s second-largest media conglomerate, and its successors News Corp and 21st Century Fox after the conglomerate split. He also owns several mainstream newspapers in Australia, New Zealand and the United Kingdom. Jose Maria Aznar, the former President of Spain and a staunch Roman Catholic, is a director of News Corp. Another director of News Corp is Viet Dinh, the Roman Catholic law professor at the Jesuit Georgetown University who was the chief architect of the Patriot Act. 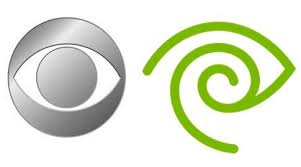 CBS is owned by Viacom, which we’ve already covered. One of the directors of CBS Corporation, Joseph A. Califano, Jr., is a Roman Catholic man who was Jesuit-trained at the College of the Holy Cross in Massachusetts. Califano is a Papal Knight of Malta. Another of their directors, Charles K. Gifford, is Chairman Emeritus of the Bank of America, which is 51% owned by the Jesuits and was founded by a Knight of Malta (A.P. Gianni). Another director is Robert D. Walter, who is Roman Catholic.

NBC Universal’s president is Jeff Zucker, and it’s Vice Chairman, Bob Wright, is a Roman Catholic man who was Jesuit-trained at the College of the Holy Cross. NBC Universal has close ties to the Blackstone Group, which is run by Peter G. Peterson, whose wife has been honored at a number of Jesuit universities, and Stephen Schwarzman, a member of the Papal Skull & Bones Society and a close friend of Cardinal Egan.

A major director at Gannet is Louis Boccardi, a Roman Catholic man who was Jesuit-trained at Fordham University, the Jesuit university of New York (The Papal Capitol of the USA).

The Vice President and Assistant Controller of the NY Times Company is Vincenzo DiMaggio, a Roman Catholic man.

The Vice President of Corporate Communications and Investor Relations is Timothy A. King, who was Jesuit-trained at Georgetown College. The Chief Compliance & Ethics Officer is Mary Denise Kuprionis, a member of the board of trustees of a private Roman Catholic college (College of Mount St. Joseph). E. John Wolfzorn, the Treasurer for E.W. Scripps, is Roman Catholic.

A major director at Freedman Communications is Raymond C. H. Bryan, who was Jesuit-trained at Fordham University.

A&E is owned by Hearst, which we’ve already seen is run by the Vatican’s Knights of Malta.

Jesuit Control of the Entertainment Industry
Have you ever wondered why Illuminati puppets in the music industry, whose lyrics promote promiscuity, materialism, foul language, drug use, criminality and violence, wear crosses and use the all-seeing eye symbol?

They are Jesuit coadjutors working for the Vatican. They are promised fortune and fame in exchange for helping to tear down traditional moral constructs in order to socially re-engineer humanity for the establishment of a Luciferian New World Order. Their job is to help the Jesuits collapse America from within by destroying the family unit and morally corrupting the youth. They influence the youth to oppose Bible-based morality by making everything that is anti-Biblical appear “cool” and “progressive.” All of the Jesuit agents in the music industry wear crosses and use Catholic symbolism to show their allegiance to the Jesuit Order, not because they are Christians.