David Bowie – “Rock has always been the devil’s music. You can’t convince me that it isn’t.”

The final albums and music videos by Bowie evoked a dark and deathly Satanic vision of life during the first decade and a half of the 21st century. In this, the endlessly shape-shifting Bowie was an artist fully situated in his time. His death is the capstone on the pyramid of necrotic Anglo-American mass culture spanning a half-century of civilizational cancer away so fantastic and unreal that leads one to suspect that “Bowie” (Born David Robert Jones) sprang from the twisted, fervid minds of social psychologists residing at the Tavistock Institute.  (source)

Bowie was an agent of the NWO, forging acceptance for gender identity politics re: transvestites, transgender, gays… Not to mention furtherance of the ET/ Alien meme that the NWO sought to advance. Listen to the music: is it really that good? Nah.

Just like today where they take one of the greatest athletes and gender bender he/she so that identification of one’s self is “disturbed” . 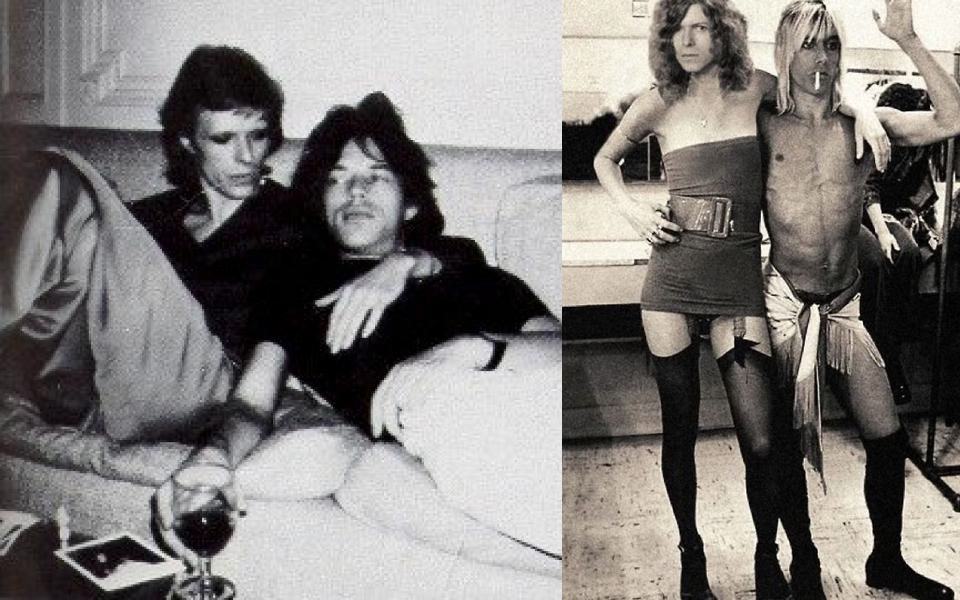 this is also why you see all black actors having to cross dress to continue their careers, except for David Chapelle, who refused and was taken off air. (source)

There’s a Star man waiting in the sky.

but he thinks he’d blow our mind

David Bowie dead: The time the legend turned down the Queen’s Knighthood

We recall the “British Invasion,” worded suitably enough, the Satanic musicians turning the children onto hard drugs. After a rebel Rolling Stones, the Beatles introduced psychedelic-acies in LSD “trips.” There followed a nauseating Black Sabbath, a spaced out Deep Purple, a demonized Led Zeppelin, a lunatic Pink Floyd, a queer Queen, a twisted David Bowie, a freaky KISS…until much of the youth were made to mindlessly rebel against everything — not just their parents — and to turn to non-Biblical lifestyles disguised in “love” and “peace.” (source)

The Occult Universe of David Bowie and the Meaning of “Blackstar”

David Bowie, born as David Robert Jones in 1947, is seen by some as a sort of ‘Renaissance Man’ whose professed ‘universality’ is an attempt to show the apex of evolution by reassembling the fragmentary pieces of our society; thus, he resembles many occultists.

However unlike most occultists, Bowie has considerable wealth, critical acclaim, penetrating intelligence, and enduring good looks; he seems set to go on to even greater heights and achievements. What next, godhead? There is a Faustian/Mephistophelean element here. How else can one explain the absolute zenith of this man’s worldly trajectory? In fact, there are people who are convinced that his brobdingnagian success is not without some kind of otherworldly assistance. (…)

Nevertheless, it can not be ignored that Bowie has constructed his public persona from the various parts of the puzzle that are at the roots of modern occultism. He was summoning up some of these pieces at the early age of 16.

Is Barbara Pierce Bush the daughter of Alester Crowley, Agent 666?