“We are not speaking of education in the narrower sense, but of that other education in virtue from youth upwards, which makes a man eagerly pursue the ideal perfection of citizenship, and teaches him how rightly to rule and how  to obey. This is the only education which, upon our view, deserves the name; that other sort of training, which aims at the acquisition of wealth or bodily strength, or mere cleverness apart from intelligence and justice, is mean and illiberal, and is not worthy to be called education at all.”

The previous article, The Untold History of Modern Education in the U.S., explored how men of great wealth in the early 1900s introduced compulsory education and conspired to manipulate all facets of public education through Non-Government Foundations to create an object-based education system. Through their well-funded NGOs, the Rockefellers, Guggenheims, Vanderbilts, Morgans, and Fords were able to create, by design, a manageable work labor force that would not challenge the status quo thus making people more predictable and easier to control.

“We are creating the most meaningful reform of school education in a generation designed to fundamentally transform America’s education system.”  President Barrack Obama

Today these same large institutions are still very much in power and control greatly influencing our public education system. They have been joined by the mega Bill and Melinda Gates Foundation (Microsoft) as well the Joyce Foundation (timber), Walton Foundation (Walmart) and Broad Foundation (Kaufman/Broad Homebuilders) helping to create and implement a one-size-fits-all, global IT-based education system.

In January 2002, President Bush signed the “No Child Left Behind Act” (NCLB) into law which tied school funding to a punish/reward test performance system. President Bush’s message at that time was, “Test all students every year to hold schools accountable for closing achievement gaps.”  Just after taking office in 2009, President Obama announced his “Race To The Top” (RTTT) program, rewarding critical school funding to only those schools who showed excellent improvement in test performance. He dangled $ 4.3 Billion to reward schools ‘points’ for satisfying certain federally determined performance-based standards.  There was another added kicker though. The funding would only be allocated to those states and school districts who “voluntarily” subscribed to the newly created Common Core States Initiative (CCSI) program.

In June 2008, the Bill and Melinda Gates Foundation granted $2.2 million to the Hunt Institute for Educational Leadership to promote the adoption of national academic standards and host a conference with the National Governors Association (NGA) to explore strategies to make the United States a “global leader in education”.  The NGA along with the Council of Chief State School Officials (CCSSO), NGO’s based out of Washington D.C., began accepting grants from private organizations to write Common Core guidelines.

In the spring of 2009, the RTTT was funded, with states having to demonstrate their “willingness and readiness to adopt common college-and-career-ready” standards. On June 1, 2009 The Common Core State Standards initiative was launched and 48 states, led by their state governance and chief school superintendents, signed on.  By June of 2010, the final CCSS standards were published with an accompanying announcement targeting the end of 2014 for Common Core standards to be adopted in all states.

Common Core is described by proponents as a utopian education for the 21st century with primary, almost exclusive, emphasis from grades K-12 on mathematics and English language arts through “disruptive innovation” using the latest in “educational technological advancements”.  In reality, as you will read below, it is a critical step towards the stated goals of the wealthy elite to uniformly ‘mono-mind’ the global educational system, create a 24/7/365 community at our public schools, and to develop a “from-cradle-to-work-force-ready” individual.

The real big picture goals for the reformation of our public schools comes directly from Arne Duncan, the U.S. Secretary of Education.  These excerpts are direct quotes from his interview on the Charlie Rose Show in March of 2009:

·        “Attach health care clinics to the development of our schools.”

·        “Schools become the center of our community life so great things can happen.”

·        “Work collectively and collaboratively with private institutions to provide this vast array of educational enrichment social and even medical services to the families…to meet the students’ social and emotional needs.”

·        “Today, you have single parents working, parents working 2-3 jobs, children going home to no-parent families and our schools have not kept up. And I think this is an opportunity to create what a 21st century school has to look like. This needs to be the norm not the exception and all of our stores need to be open longer.” ( italicized emphasis added to apparent “slip” of the tongue)

·        “This battle is more than just about education, this battle is about social justice.” END_OF_DOCUMENT_TOKEN_TO_BE_REPLACED 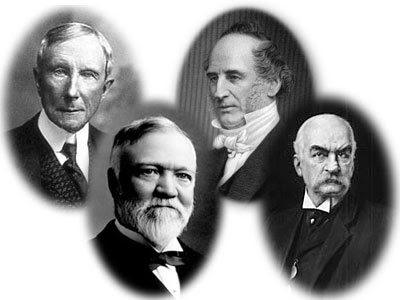 “Education must also train one for quick, resolute and effective thinking. To think incisively and to think for one’s self is very difficult.  We are prone to let our mental life become invaded by legions of half-truths, prejudices, and propaganda. At this point, I often wonder whether education is fulfilling its purpose.

A great majority of the so called educated people do not think logically or scientifically. Even the press, the classroom, the platform, and the pulpit in many instances do not give us the objective and unbiased truths. To save man from the morass of propaganda, in my opinion, is one of the chief aims of education.

Education must enable one to sift and weigh evidence, to discern the true from the false, the real from the unreal, and the facts from the fiction. The function of education, therefore, is to teach one to think intensively and to think critically. But education which stops with efficiency may prove the greatest menace to society.

The most dangerous criminal may be the man gifted with reason, but with no morals.”

Compared to 40 other modernized countries, the United States currently ranks 17th in literacy, 17th in math, 21st in science out of 40  according to the recent report put out by the Organization for Economic Co-Operation and Development (OECD). The United States has fallen to rank 49th in life expectancy of 120 countries while maintaining the dubious rank of being number one in incarcerations, military spending, childhood obesity, hours of television watched, student debt and the highest national debt any country has ever incurred in history.

These continual poor performance rankings persist despite spending more on education than any other country with the exception of Switzerland, who ranks in the top five in education.

Currently, only 64% of students who begin college graduate within six years. Those who do graduate have collectively amassed over one trillion dollars in long term student debt.  It is of no surprise that over 72% of students who have finished college in the past three years have moved back in with their parents. Additionally, young adults between the ages of 18-26 also have the highest unemployment rate in this country putting further strain on middle class families.

The U.S. tops the world list in 2010 in spending $860 Billion dollars on public education which is a 30% increase from the $660.5 Billion spent in 2000. All of this increase has come from the Federal level while in the same period state and local government spending has been relatively flat, between $28-29 Billion per year. So if hundreds of billions has been spent on public education over the past decade by our Federal government then why are schools so desperately in need of more funds and we are seeing staff size being reduced across the country in our public schools?

Much of the blame for the failure in our public schools has been unfairly placed on local staff and educators. What few outside the public school system realize is that more and more of what material the educators can teach and how they must instruct to achieve standardized national test scoring is tied to the schools receiving critical funding each and every year.

School administrators spend copious amounts of time and energies applying for grants and reviewing, comprehending and complying with yearly changes in federal and state codes and regulations while annually having to pink slip staff each Spring not knowing how much funding will be cut the following school year.

Since 2004, federally directed programs like President Bush Jr.’s “No Child Left Behind” (NCLB) and President Obama’s “Race to the Top” (RTTT) have married critical public school funding to school average test score performances.  The governments stated goals of these programs was to get a national standardized education performance system in place set to a standard benchmark as well as to develop a one-size-fits all nationalized education system so that if a family relocated to another state the curriculum and testing would be equalized and consistent.

Teachers and administrators across the nation who fall below this federally mandated benchmark and then fail to show significant improvement in their schools annual yearly performance are threatened with the loss of their jobs and reduced school funding. The benchmark set by NCLB was determined by a formula known as Adequate Yearly Progress (AYP).  By 2010 the national failure rate was over 50% with Florida ranking the worst at 89% and California towards the low end at a 26% failure rate.  Principals and teachers were put on notice that if the numbers did not come up to benchmark standard, their jobs could be in jeopardy.

While public media hails each new Presidential educational initiative, over the past few years our public schools are quietly being foisted with a new business global educational “product” called Common Core (CC). Common Core is a subsidiary of Core International, a publicly traded (only on the India Stock Exchange) IT tech company based out of India. Over the past five years CORE International has been the fastest growing company in India with an amazing annualized 52% growth rate in net income.

Very few have any idea how our modern public educational system was born as to who drafted, funded and designed our current education system and what their stated plans and goals were for public education. Many feel that given the amount of money we spend on public schools that we should be producing much higher quality students that are equal to, or superior to, education in other countries. Yet that was never the intention of the original framers of our education system, as you will read below. In fact the system is working exactly as these few men of enormous wealth had planned it all out nearly a century ago.

“In our dreams, people yield themselves with perfect docility to our molding hands. The present education conventions of intellectual and character education fade from their minds and unhampered by tradition we work our own good will upon a grateful and responsive folk. We shall not try to make these people or any of their children into men of learning or philosophers, or men of science. We have not to raise up from them authors, educators, poets or men of letters, great artists, painters, musicians, nor lawyers, doctors, statesmen, politicians, creatures of whom we have ample supply. The task is simple. We will organize children and teach them in a perfect way the things their fathers and mothers are doing in an imperfect way.”

~ First mission statement of the J.D. Rockefeller-endowed General Education Board in 1906 END_OF_DOCUMENT_TOKEN_TO_BE_REPLACED