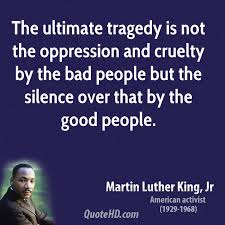 They are all perverts and prey on children. All of them. This is how the powers behind the power, keeps control of the public figures we see. This has been going on for CENTURIES and must stop now. Please share and send to all. This shit needs to stop now and if enough become aware and angered, we can bring the whole empire down.

They use children for Satanic ritual sacrifices to feed their Ahrmanic agendas. The powers you see are just pawns in the game, but its time to end the abuse.

One caveat, all of this information is meant to come out now, or mainstream news and shill Alt News would not be reporting it. I’ve been reporting on this for over 4 years now, and this is finally getting out..why now??? well look to Dec. 19th.

Andrew Breitbart left an eerie message about John Podesta before he died: Podesta was the GATEKEEPER to a secret world the average person knows little about. It has to do with child trafficking among elite circles, and Hillary’s “33,000” emails may be the tip of the iceberg into a massive crime syndicate.

C. Ervana has discovered new Wikileaks from a “global intelligence” firm called Stratfor that unveil bizarre and disturbing details: that the firm is closely linked to Hillary and appears to be involved in trafficking. In several of the Stratfor emails there are key terms of “pizza” “hotdog” and “waitress.” Like the Podesta emails, there appears to be a pattern to the language used in the Stratfor emails: it is encoded with key words and phrases. Based on research, “pizza” and “hotdog” may be street terms related to trafficking children, and “waitress” may be a street term related to trafficking women. In the Podesta emails, there is strong that “Pizza” is related to a child. This is disturbing for several reasons: Pope Francis was depicted at a “pizza party” for Tony Podesta; and 2 women were arrested in North Korea while reporting on human trafficking. A picture of these two women with a child was sent to Podesta, Huma Abedin, and others at the State Department. The file was entitled “pizza.” We have seen the MSM and Snopes come out in recent day, defending the Clintons and accusing alternative media of being “fake news.”

Stratfor was exposed as a firm working very closely with Hillary and John Podesta. Many Stratfor emails are filled with sexual references about women. For example, one email appears to be discussing prices for women who perform exotic work. These women are called “waitresses.” Why on Earth is an intelligence organization talking about such things? It doesn’t seem like they are trying to hinder or stop trafficking from happening. Rather, it seems like they are encouraging it.

A batch of Wikileaks was released on November 6, 2016 called DNC2Leak. It began trending on Twitter. At exactly the same time, James Comey “pardoned” Hillary Clinton again, citing that there were no new details to be revealed from re-opening the investigation. I doubt that the timing was a coincidence. It appears the U.S. government was attempting to thwart the distribution of DNC2Leak, which was a part of Wikileaks Phase 3 campaign. Also, the night of November 6, 2016 saw a DDOS attack on Wikileaks. It was the first time their website went down in several years. Reddit, 4chan, and Twitter, all of which repost Wikileaks, also went down at the same time. Clearly, there was a coordinated effort from the U.S. government to stop DNC2Leak from spreading.

In DNC2Leak, Stratfor officials point out that Vince Foster and Ron Brown were victims of Hillary. Brown was killed because he was “inconveniently talkative.” Foster was a victim after he was poised to leak a major Hillary scandal back in the 1990s, some believe it was related to Whitewater.

What most don’t know is that Stratfor has a lengthy history of close relations to Hillary Clinton and John Podesta. According to Wayne Madsen, an intelligence expert and journalist, Stratfor is a part of a large conglomerate supporting Hillary that involved foreign intelligence, Israeli groups, high-ranking political officials, etc. Hillary’s “33,000” emails could have been a tip of the iceberg, that led into a crime syndicate so huge, that is would implicate thousands of industry leaders, heads of states, and celebrities. High-profile child trafficking rings have been exposed in Great Britain, Norway, and the United States recently. I believe we are seeing the scandal of the century opening up.

Was this the “surprise” that Julian Assange promised us? It is still unknown if Julian Assange is alive. But Wikileaks has brought attention to some of the darkest secrets ever to have been revealed: a glimpse into the “business” of elite circles.

“A homosexual prostitution ring is under investigation by federal and District authorities and includes among its clients key officials of the Reagan and Bush administrations, military officers, congressional aides and US and foreign businessmen with close social ties to Washington’s political elite. Reporters for this newspaper examined hundreds of credit-card vouchers, drawn on both corporate and personal cards and made payable to the escort service operated by the homosexual ring.“   (Source)
— Washington Times, 6/29/1989