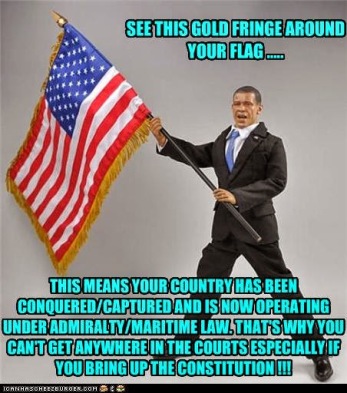 from: The Modern Gnostic

Incorporation, n. The act of uniting several persons into one fiction called a corporation, in order that they may be no longer responsible for their actions. A, B and C are a corporation. A robs, B steals and C (it is necessary that there be one gentleman in the concern) cheats. It is a plundering, thieving, swindling corporation. But A, B and C, who have jointly determined and severally executed every crime of the corporation, are blameless. [Ambrose Bierce, 1885]

When you go to a (river) bank,  why do you have to “submit” and application when you are giving them your money (one-eye)?  Should not the corps-whoration apply to YOU for your money?  (A: because you have joined a corps-whoration and they give you a promissory note in return. This is why your name appears in ALL CAPS!  just like on your DL, SSN, Berth certificate, etc.

Submit:  to yield, plead or beg. 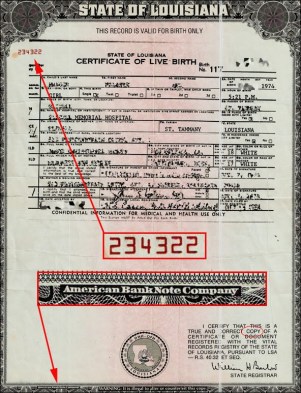 They are the Banking laws. When you get a credit card in the USA, it works in Europe or in India. All ships are female, and she delivers a product. Females produce products. Labor, Delivery Room, Birth, Ship, “she” delivers products. When products are delivered, they need a certificate of Manifest.

What is on the ship is on its manifest. Humans are Maritime Admiralty products; they also have Certificate of manifest. “Birth Certificate.” On the bottom of Birth Certificate, shows our “Informant” are our Parents. We are then property of the Department of Commerce. 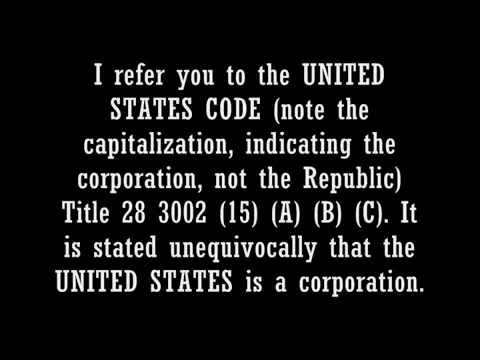 All humans are “Stock.” As soon as people are born, they are property of the government in which they live. See US Vs USA. United States is different than the United States of America. Constitution of USA formed in 1776 and the Constitution for the US 1871. US Inc. United states is a corporation. Formed in Delaware in 1871. All Citizens are governed under Corporate Law. All corporations must have a President, Vice President, Secretary and Treasure. Hence, the USA Inc formed in Act of 1871.

When you set up a corporation you must have three things:

Washington D.C. is a foreign corporation and it is not a State. It’s not a part of America and has nothing to do with the 50 states at all. It is where the foreign U.S. Corporation is headquartered with it’s own laws. The word yard, as in backyard, or front yard comes from the word stockyard. You know yards, places for your children to play in. A stockyard is a yard for stock; specifically one in which transient cattle, sheep, swine, or horses are kept temporarily for slaughter, market, or shipping.

And remember what was said earlier, All humans are “Stock” like cattle. I guess human are looked at as animals.

People [Americans] are used as collateral with other nations because the US is bankrupt. The United States declared bankruptcy on March 9, 1933. At this point the US began taking out loans from a private non-government affiliated corporation called the Federal Reserve. With no money to pay back the loans the United States began using the citizens as collateral. All birth and marriage certificates are literally warehouse receipts. Just look at the similarities of warehouse receipts and birth certificates. Both document the date of issue, a serial number, registration number or receipt number, a description of the product, and an authorized informant to notify the appropriate government agency.

With all of this information being readily available and the majority of people being unaware of their involvement with Maritime Admiralty Law; this is possible through the manipulation of language. This Admiralty Law changed the meaning of the word “person,” from a natural living person to a corporation. Driver’s Licenses, vehicle registration’s, auto insurance forms, building permits, gun permits, work permits, tax-filing documents, birth and death certificates, traffic citations and many other forms of documentation that were once believed to be absolutely necessary; only apply to persons or corporations.

Upon signing such a legal document you are indirectly waiving your rights under the constitution and lowering your status to that of a corporation that is created with the same exact name as you. The only way to reconcile your true name from the name of the corporation is to take notice that the corporation has its name in all capital letters. This is known as “Capitus Diminutio Maxima.” You may take notice that your driver’s license, birth certificate, social security card, insurance cards and more use all capital letters to legally represent the corporation-with-your-name; not you.

The corporation is known as an artificial person, whereas you, the human being, are known as a natural person. This deception goes even deeper when it comes to the courts that we attend. When showing up to court you will notice that there are seats for witnesses behind a wooden fence or barrier. The defendant must cross through the entrance to the other side of the barrier where the plaintiff and the judge sit. This ‘act’ symbolizes the boarding of a ship. At this time business can be conducted in Maritime Admiralty Law.The “judge” acting as “captain or banker” is responsible for settling the balance between the two sides. This is why there is always a monetary value involved in any court case. The “captain” is simply dealing with “banking and merchant disputes.” Once the balance is paid the case is closed.

To turn the court case away from admiralty law where your rights are not protected, you must avoid agreeing to represent the artificial person. This is done by stating that you are the natural person. You don’t have a first or a last name because those imply ‘corporate title.’ In a court case you may state that the court takes judicial notice of your honor’s oath of office. Every judge must take an oath of office to practice law. Yet you must make it clear to the court and the jury that the judge is acting as “judge” and not ‘banker.’ Remember that you are a natural human being of the earth. You are not governed by anything but your own consciousness.

Laws are created within a society. The society that created the laws we see being enforced today is called ‘the law society.’ Yet the most beautiful part of this entire DECEPTION is the FACT that that we are not part of the law society: So their laws do not apply to us. Judges, lawyers and law-enforcement officers are all part of a society. Within that society they have created their own language that’s deceptively similar to English. They have these things called statues, acts and regulations that seem like laws; but they really only apply to those within their society. So that basically means that all the traffic violations, minimum age-requirements and everything except for damage to another person or their property doesn’t really apply to the natural person.

“Laws” only apply to those within the ‘Law Society.’ The game being played is an illusion. You can simply choose to open your eyes and reclaim the freedom that you were born with, bound by nothing but the limits of your imagination. These are just a few examples of assuring that your rights are being protected. By far, the most important line of defense against this deception is to be aware of the-perversion-of-language. And be absolutely aware of how you form your beliefs and concepts.

“In religion and politics, people’s belief’s and convictions are in almost every case gotten-at second hand, and without examination, from authorities who have not themselves examined the questions at issue, but have taken them at second-hand from other non-examiners, whose opinions about them were not worth a brass-farthing.” Mark Twain”

These deceptive practices have been frequently used throughout the history of this government to deceive the public into doing things which individuals were not required by law, to ever do. For instance, when this nation had a ‘military-draft’ government-deception was also used to get around the government’s prohibition against the forced labor of individuals to defend the country. When draftees were called together in formation they were told to take one step forward and swear an oath to serve their country. Those that did so were by the act of taking that step forward, waiving their right to refuse to serve their country if that was indeed against their own will.

However since none of this was publicized at the time ­ most that were drafted never knew that there had even been any other choice ­ because they assumed the government had the right to compel citizens to serve during a time of war. The truth was and still is that government has no right to compel citizens to give up their rights to be natural human beings, in order to serve the purposes of the corporate state.

Those serving in the armed forces today, that wear the American flag upon their uniforms with the gold fringe, may be using American uniforms and American weaponry, but they are not serving the constitutionally based US government but are instead serving the owners of the Maritime Admiralty and their Law of the Seas; who are the corporate powers which those foreign powers truly represent. There can indeed be ‘magic in words and language: but when the deceptive use of “WORD MAGIC” is in play as in the motto of Mossad “By Way Deception Thou Shalt Do War,” then the government that practices this deception must be held accountable!