Pre-911 Major League False Flat, August 2, 1964, that killed tens of thousands of young Americans, millions of innocent men, women and children in Vietnam, and still kills today with Agent Orange, a Monsanto product!  Anyone care? Anyone? 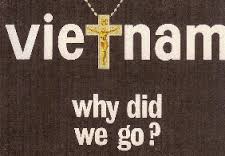 In Washington, President Lyndon B. Johnson, alarmed by this situation, at first rejected any reprisals against North Vietnam. In his first use of the “hot line” to Russia, Johnson informed Khrushchev that he had no desire to extend the conflict. In the first U.S. diplomatic note ever sent to Hanoi, Johnson warned that “grave consequences would inevitably result from any further unprovoked offensive military action” against U.S. ships “on the high seas.” Meanwhile, the U.S. military command took several critical actions. U.S. combat troops were placed on alert and additional fighter-bombers were sent to South Vietnam and Thailand. The carrier USS Constellation was ordered to the South China Sea to join the USS Ticonderoga. Admiral U.S. Grant Sharp, commander of the Pacific Fleet, ordered a second destroyer, the USS C. Turner Joy, to join the Maddox on station and to make daylight approaches to within eight miles of North Vietnam’s coast and four miles of its islands to “assert the right of freedom of the seas.”

Revisionist History # 12 ~ Why and How the Vietnam War Really Ended; Yet Really Never Ends for the Vietnamese, Cambodians and Laotians

The Catholic Church and The Vietnam Slaughter