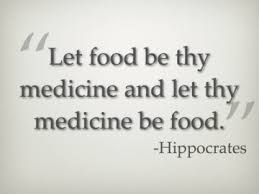 These two quotes could not be more polar in their opposites. One proposes health and well being by the “Father of Modern Medicine” and the other by one one of most influential manipulators of mass control in our world today.

Below is are excerpts from a very important book written in 2008 for all who eat and/or have children that do and would like to understand why all do not have access and can afford real food.

“Seeds of Destruction; The Genetic Manipulation of Food” chronicles the militarization of our food supplies no less in order to control our population and make serious bank along the way.

We are not even allowed to know what is being put in our food. The FDA, USDA, etc. are all revolving doors between Big AG who then go on to serve in power at the government policy agencies. We are stuffed and starved of nutritious food to keep our brains, bodies and Spirits, mushy and malleable.

One out five children are now deemed obese in this country. That has never happened before in our history. One in four children have one, or more, of the four “A’s”; Allergies, Asthma, ADHD and Autism. Again, this has never before occurred in our history.  This is chronicled in another important book entitled “Unhealthy Truth” by Robyn O’Brien (book review)

Yet this is all very, very profitable for Big Ag, Big Business and Big Pharma as well as contributes to the rising GDP that Wall Street responds to and funnels more money to the evil agenda of food delivery in this, and many other countries.

Additionally, the “Natural” and “Organic” labeling means nothing anymore.  The Costco’s in our area have now gone big time into labeling things “organic”, which can include chemicals, can have much different organic standards coming in from foreign lands and cannot grow that big, that fast due to the labor intensive way that organic food is grown.

. A 2012 National Research Council study notes that “there is little progress” on research about the human health effects of oral consumption of nanomaterials.

The ONLY way you know what is in your food today is to either develop a close relationship with a farmer in your area or grow your own….and it is only going to get worse from here as food prices escalate and chemical companies find new, completely untested and potentially harmful nanotechnology ways to grow “food” cheaper. The “Nano-food Revolution” has gone completely under the radar as just one more cause of our continued illhealthcare system.

And then there is the Marketing/Advertising/Mind Control Aspects of our Food Sales Industry.  You do not here about this type of mind control but it is fact that most use only 10% of our brains, the remaining 90% is programmable through subliminal messaging and symbolic suggestive imaging that goes to the subconscious mind that then informs the conscious mind like it was a personal choice/impulse behavior.

And very few are none the wiser, except the admen and Big Business who keep very accurate tracks of these manipulated changes in personal shopping/eating habits.

I highly encourage all to watch all 7 episodes of the extreme use of symbolism for mass mind control manipulation, but this one especially will…well you will never look at junk food, or fast food restaurants again after watching this vidoeblog. (Note also that Warren Buffet, Mr. Omaha, is the owner of the Burger King chain and is fully aware of the gross subliminal messaging behind their ads.)

“Seeds of Destruction: The Hidden Agenda of Genetic Manipulation” by F. William Engdahl is a skillfully researched book that focuses on how a small socio-political American elite seeks to establish control over the very basis of human survival: the provision of our daily bread.

This is no ordinary book about the perils of GMO.  Engdahl takes the reader inside the corridors of power, into the backrooms of the science labs, behind closed doors in the corporate boardrooms. The author cogently reveals a diabolical world of profit-driven political intrigue, government corruption and coercion, where genetic manipulation and the patenting of life forms are used to gain worldwide control over food production. If the book often reads as a crime story, that should come as no surprise. For that is what it is.

Engdahl’s carefully argued critique goes far beyond the familiar controversies surrounding the practice of genetic modification as a scientific technique. The book is an eye-opener, a must-read for all those committed to the causes of social justice and world peace.

What follows is the Preface to ”Seeds of Destruction: The Hidden Agenda of Genetic Manipulation” by F. William Engdahl (available through Global Research):

“We have about 50% of the world’s wealth but only 6.3% of its population. This disparity is particularly great as between ourselves and the peoples of Asia. In this situation, we cannot fail to be the object of envy and resentment. Our real task in the coming period is to devise a pattern of relationships which will permit us to maintain this position of disparity without positive detriment to our national security. To do so,we will have to dispense with all sentimentality and day-dreaming; and our attention will have to be concentrated everywhere on our immediate national objectives.We need not deceive ourselves that we can afford today the luxury of altruism and world-benefaction.”
-George Kennan, US State Department senior planning official, 1948

This book is about a project undertaken by a small socio-political elite, centered, after the Second World War, not in London, but in Washington. It is the untold story of how this self-anointed elite set out, in Kennan’s words, to “maintain this position of disparity.” It is the story of how a tiny few dominated the resources and levers of power in the postwar world.

It’s above all a history of the evolution of power in the control of a select few, in which even science was put in the service of that minority. As Kennan recommended in his 1948 internal memorandum, they pursued their policy relentlessly, and without the “luxury of altruism and world-benefaction.”