“This is an oil spill of a type we haven’t seen before,” said Paul Johnston, a scientist at Greenpeace Research Laboratories at the University of Exeter in England. “Working out the impact is actually a huge task — probably next to impossible.”

ZHOUSHAN, China — A fiery collision that sank an Iranian tanker in the East China Sea a month ago has resulted in an environmental threat that experts say is unlike any before: An almost invisible type of petroleum has begun to contaminate some of the most important fishing grounds in Asia, from China to Japan and beyond.

What could be the largest oil spill since 1989’s Exxon Valdez is unfolding in the East China Sea after a deadly and fiery collision between two vessels caused a tanker to sink.

The spill began on the evening of Jan. 6, when the Sanchi, a Panamanian-flagged, Iranian-owned tanker, collided with a cargo ship in waters roughly 160 nautical miles east of Shanghai. The Sanchi exploded and burned for more than a week before sinking.

All 32 crew members are thought to have died aboard the Iranian vessel “Sanchi,” which was carrying about 1 million barrels of condensate.

According to Bloomberg News, the ship was transporting hydrocarbon liquid that’s a key ingredient for making petrochemicals, including jet fuel. It was headed to the port of Daesan, South Korea when it struck the transport ship “CF Crystal” off China’s eastern coast.

It is the largest oil spill in decades, but the disaster has unfolded outside the glare of international attention that big spills have previously attracted. That is because of its remote location on the high seas and also the type of petroleum involved: condensate, a toxic, liquid byproduct of natural gas production.

Natural gas condensate (sweet) may contain variable amounts of benzene and in-hexane. Long-term exposure to these materials has been shown to lead to systemic toxicity such as leukemia and eripheral neurotoxicity.

The cargo is different than the crude oil spilled by the Exxon Valdez in 1989, but if all the condensate were to leak into the ocean, it would rank as the biggest spill in decades. Experts say there has never been so large a spill of condensate; up to 111,000 metric tons has poured into the ocean.

There’s no visible slick that can be pumped out. Experts said the only real solution is to let it evaporate or dissolve.

The area produced five million tons of seafood of up to four dozen species for China alone last year, according to Greenpeace, including crab, squid, yellow croaker, mackerel and a local favorite, hairtail.

If projections are correct, the toxins could soon make their way into equally abundant Japanese fisheries.

Exposure to condensate is extremely unhealthy to humans and potentially fatal. The effects of eating fish contaminated with it remain essentially untested, but experts strongly advise against doing so.

The blaze, which started Jan. 6 after the tanker collided with another ship, had been seen as helping to limit the fallout. The cargo is four times larger than the heavier crude on the Exxon Valdez spilled off Alaska in 1989, affecting about 1,300 miles of shoreline and destroying thousands of marine fauna. If all the condensate leaked into the sea instead of burning off, the spill would be one of the biggest from a ship over the past five decades.

“We simply do not know if all of the condensate was released, or if some remains in intact cargo holds on the ship at the seabed,” said Richard Steiner, an oil spill specialist based in Alaska. “We need to know this.”

The fuel from the sunken tanker Sanchi, which was carrying 1 million barrels of condensate, expanded to cover as much as 52 square miles at 12 p.m. local time on Monday, up from about 3.9 square miles the previous day, according to Chinese authorities. At one point in January, there were three different spills spotted on the surface, covering an area that measured more than 128 square miles.

If there were a large-scale leak, then there would be an impact on creatures like the small yellow croaker and hairtail, according to the environmental group. The area is also on the migratory pathway of many marine mammals such as humpback whales, Greenpeace said.

“It is virtually certain that much of the condensate went into the sea in solution, and that toxic underwater hydrocarbon plume will injure marine life exposed to it,” Steiner said. “Even the burned fraction will leave a toxic residue on the water.”“ 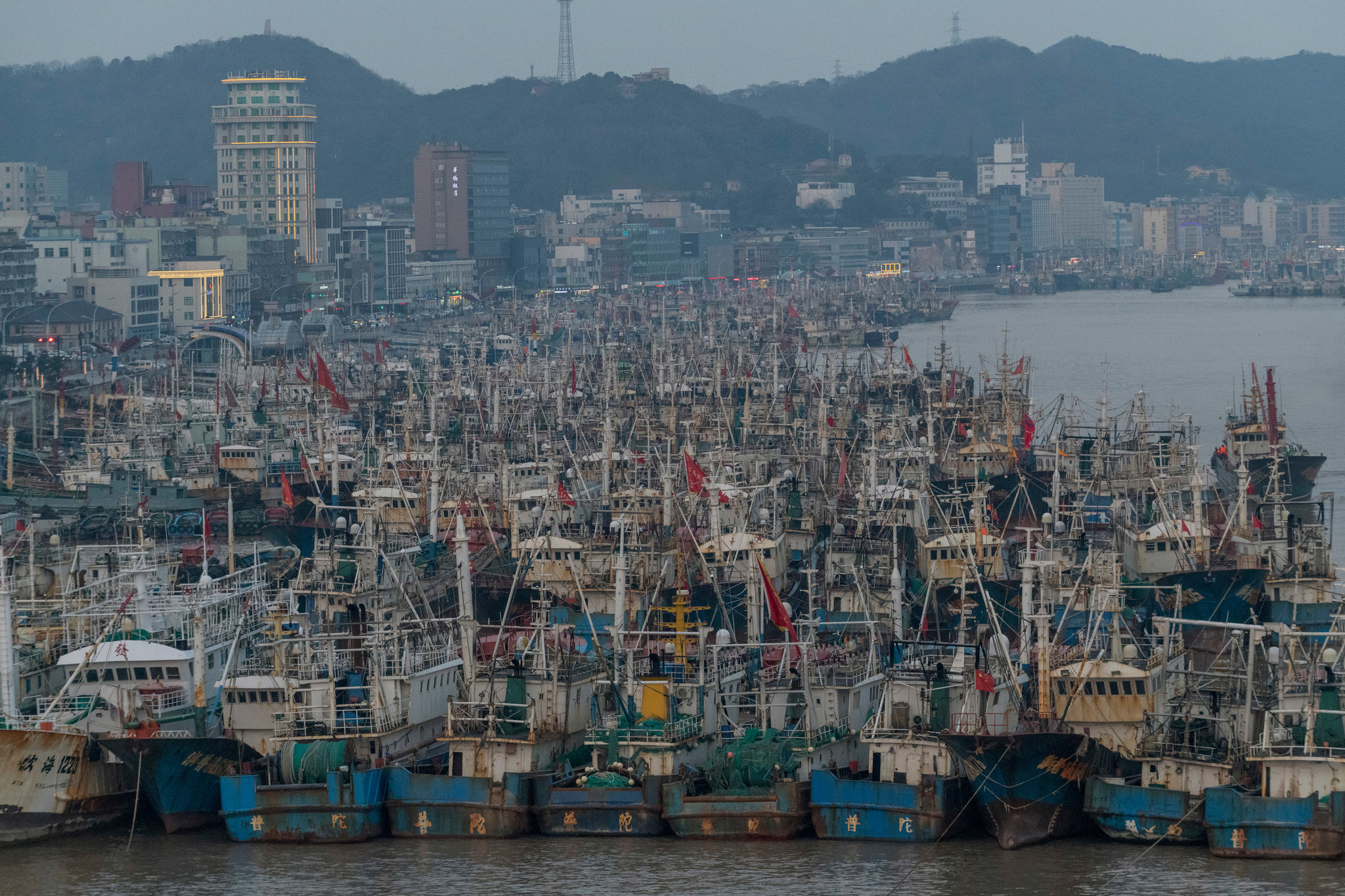 A much larger-scale operation is needed,” she said. “It hasn’t been monitored. It’s a mystery.”

Katya Popova, a senior research scientist at the National Oceanography Center in England, said there had not been a sufficiently coordinated international operation, and that was exacerbating the scale of the disaster.

The lack of visible devastation has almost certainly dampened public reaction that might have galvanized a more vigorous response.

An oil spill in the heavily trafficked East China Sea could have significant environmental repercussions. Humpback whales travel through that area, and heavily fished species such as mackerel and bluefin also spend time in that area.

“It is virtually certain that much of the condensate went into the sea in solution, and that toxic underwater hydrocarbon plume will injure marine life exposed to it,” Richard Steiner, an oil spill specialist based in Alaska, told Bloomberg. “Even the burned fraction will leave a toxic residue on the water.”

Ma Jun, a Chinese environmentalist, was quoted by CNN as saying the spill took place in one of the most productive fishing areas in the country, known as the Zhoushan fishing ground.

But the biggest issue now seems to be that nobody knows the scale of the problem or which parts of the high seas are affected.

Exposure to condensate is extremely unhealthy to humans and potentially fatal. The effects of eating fish contaminated with it remain essentially untested, but experts strongly advise against doing so.