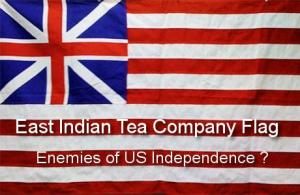 Look Familiar?  and these were the guys flag we fought to the death against?

The Virginia Company, United States, and the NWO

Contrary to what we have been trained to believe, the United States was not created so The People could be free.  It was, in fact, created by the British Empire in order to establish the New World Order (NWO).  For all intents and purposes, that has been accomplished.  But first we begin with the Virginia Company.

inally, the following article is a good read, for anyone wanting more information:

The Virginia Company was transformed into the United States corporation during the Revolutionary War by Freemasonic Founding Fathers like George Washington, Alexander Hamilton, John Hancock, and Benjamin Franklin who were working under the Grand Lodge of England.

The Virginia Company was issued by the British royal family from the City of London Corporation for North American settlements. Around 1213 King John surrendered the Kingdom of England to the Holy See under the Golden Bull or Bulla Aurea. In 1215 under direct papal authority King John issued the Magna Carta (Latin for Great Charter) and this officially established the one mile square block called the City of London Corporation as a sovereign entity from England and London.

The Holy See uses Latin for official documents and the Vatican uses Latin as its official language. Novus Ordo Seclorum is Latin and translates to New Order of the Ages and is on the United States Great Seal and United States one dollar bill. Washington DC is located in both Virginia and Maryland.

That is Virgin Mary Land. DC was originally called Rome in 1669 which is stated in the Catholic Encyclopedia. DC is Roman architecture and Capitol Hill is named after Capitoline Hill in Rome. The ancient Roman fasces symbol is all over federal buildings and federal seals. This is all fraudulency…