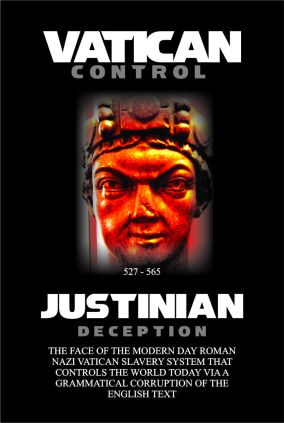 The Latin meaning for Latin is: Concealed, Hidden.

If Rome holds the legal titles of the countries of the world, than it alone is the debtor, but if Rome has the ability to confer the legal title to a third party debtor! Rome becomes the benefactor of all such countries. This knowledge to confer such legal title, being the debtor of the world, to the unsuspecting masses, is the key to their success, Rome transfers itself from the world debtor to the world creditor via an incredible grammatical deception that you are/were never meant to know.

The Latin meaning for BABYLON (BABY-LON) is: Baby for long time. That’s why the infantry of the Roman Empire (UNITED STATES MILITARY) are called infantry, they are the infants, the children that have not grown up and never likely to. At the age of majority (21) when they are handed their Key to Life, such children are made sure that they are unaware of their true standing, and for that reason, such children remain holding the Rome military account (SURNAME) being the “cognomen” therefor remaining subject to the power of Rome and their true Christian Account (Ledger) is never claimed. After seven years, the child is legally presumed lost as sea and the Christian Credit Account remains under the control of Rome. The STATE has become Father of the Child and the Military have become the loyal DOGS that serve the State and that’s why their ID tags are called. (DOG-TAGS), because of their military language: DOG-LATIN. What did the child lose? his right to direct the Dominion, it remained under the control of the State because the child never claimed it back at the age of Majority.

he GOD of the Pagan (Pay-Again debtor of the Vatican) being the VATICAN, the world debtor, the legal title holder of Eden. The VATICAN is the: Beast of Burden, of man and by holding any accounts of Rome, you become the servant of the Beast by holding the Mark of the Beast, being dogged: DOG-LATIN. You have left the true God. You hold the dogged: DOG-LATIN text, and you are assumed: DEAD, chattels of the STATE, chattels of the VATICAN, you are the property of Rome.

Justice is a straight line, DOG-LATIN is the bending of the line, the corruption, the spurious document, the declension, the debasement, the counterfeit, the immoral act that no positive law could ever follow. It is the clever deception that “PEOPLE ASSUMED THIS TEXT WAS ENGLISH” and that’s how you corrected the error in the name, it was never your name in the first place… This deception was right under your nose in plain sight all your life but because it was always there, you didn’t notice it.

Usurper) G-O-D simply stands for “Grantor Of Dominion”… The grantor is the master, the grantee is the Slave-servant.

Anything rendered in the ALL UPPERCASE TEXT such as a name, or a town, or a street, or a suburb or an address or a State or even two or more capital letters joined together without a space renders a “presumption” it is not a fact! and this is where the “Presumption of Law” derives from. the ALL UPPER CASE SIGN language is not written text! it is a picture, an illustration, a symbol, it is the “JOKER” within the document. Blacks Law Dictionary 4th Edition.

1 thought on “JUSTINIAN-DECEPTION The Mother of all Deceptions: The Concept of Modern Day Slavery:”