New computers could delete thoughts without your knowledge, experts warn 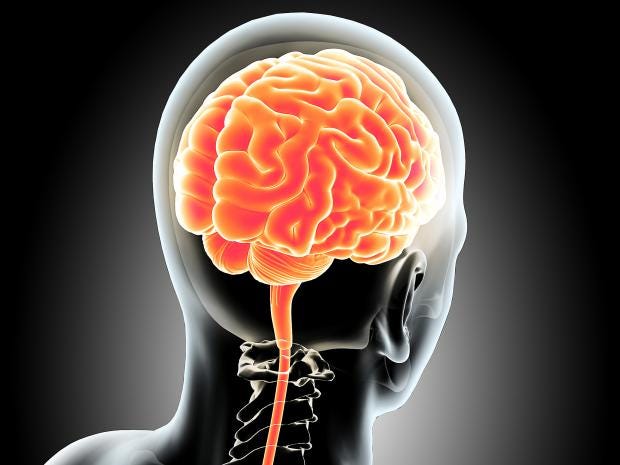 “Thou canst not touch the freedom of my mind,” wrote the playwright John Milton in 1634.

But, nearly 400 years later, technological advances in machines that can read our thoughts mean the privacy of our brain is under threat.

Now two biomedical ethicists are calling for the creation of new human rights laws to ensure people are protected, including “the right to cognitive liberty” and “the right to mental integrity”.

Scientists have already developed devices capable of telling whether people are politically right-wing or left-wing. In one experiment, researchers were able to read people’s minds to tell with 70 per cent accuracy whether they planned to add or subtract two numbers.

Facebook also recently revealed it had been secretly working on technology to read people’s minds so they could type by just thinking.

And medical researchers have managed to connect part of a paralysed man’s brain to a computer to allow him to stimulate muscles in his arm so he could move it and feed himself.

The ethicists, writing in a paper in the journal Life Sciences, Society and Policy, stressed the “unprecedented opportunities” that would result from the “ubiquitous distribution of cheaper, scalable and easy-to-use neuro-applications” that would make neurotechnology “intricately embedded in our everyday life”. (Click here for the rest of the article)

So, back to how I find this to be very likely to be part of the Mandela or Quantum Effect. First of all, while it would probably be less upsetting to people, we are not in an alternate dimension, nor have we slipped time. Were either of those things the case, there would be no residuals available. We have these things out there that make it impossible for all of us to have “jumped” a dimension or time line.

So, what I think is this…Put on your woo woo goggles, okay?

Satan has to use technology to try to achieve the omniscience, omnipotence and omnipresence of the Most High YHVH. The level of technology that we now have is beyond Orwellian. There are psycho and technotronic weapons, lots of them actually. The most famous is probably the Voice to Skull tech. You can research this on your own if you like. If you have the stomach for it, you can then look into “targeted individuals”.

Then there is “smart dust”, and nanobots and nanoparticles that can be used as antennae, probably both for receiving and transmitting. (Please note the last link was from 2005). So these things are not actually theorized any longer, but existent. And a great number of chemtrail researchers have found nanobots and particles in residue. So as sci-fi as it sounds, since they are in food, and in the air, it is entirely possible that there is a type of interface that can occur with quantum computers through these microscopic particles. Here is a video of Geordie Rose of D Wave talking about their older version of the D Wave Quantum Computer that Google, NASA and Cern all have…They may actually have even stronger capacities as it is reported that D Wave has developed a “next gen” quantum computer. Here is the 20 minute video on the D Wave-this is from 2013:

Then we have Cern, happily trying to open portals into other dimensions and recreate the big bang and release things called “strangelets” that are created by firing up the accelerators to insane levels and watching (maybe) what happens. Essentially messing with the very fabric of the universe. I will admit that what Cern does is actually well over my head in scientific comprehension, but philosophically, I grasp it quite well. Anthony Patch appears to have the best handle on what Cern is doing of people who are not actually involved in Cern, and probably have non-disclosure agreements as well. And to be honest, quantum physics is really like philosophy colliding with photons and creating potentialities that may or may not be observable as the simple observation of something changes it’s action. (Double slit experiment or “if a tree falls in a forest and no one hears it, does it make a sound?”)

Here is a video that at about 2:13 shows “Mandela” on a placard around a Cern physicists neck. I went to the trouble to write him regarding what the signs he was wielding in the video actually meant, but he didn’t write back.  It’s an interesting video and was done in November of 2014….Prior to the internet telling us that Cern associates actually created the internet:

And then there is the increasingly unopposed assertion that your brain is actually pretty much a quantum computer. A lot of this has to do with what exactly consciousness is, or isn’t. Very intriguing:

So….Here is what I think in a sci-fi nutshell.

I think that there is an interface between nanoparticles, Cern, quantum AI computing that is manifesting changes on the quantum level of physical objects and historic occurrences. I think Cern opens up a potential pathway for the AI quantum computers to mess around with our reality on a quantum level and do nearly complete editing of things in the physical and also, through nanoparticles to rewrite many people’s memories of things and very significantly minimize evidence of a change occurring and cause people to simply NOT recall anything different than what the new paradigm desires to put forth as the current truth. I believe this is all demonically directed and that the people involved in the various parts of the equation that are changing provable reality are not actually cognizant of everything that is being done.

Since the brains of people are all individually different in some ways, it appears that the overwriting of memories is not something that can be done with 100% certainty. Just as there are approximately 20% of people that cannot be hypnotized, there are maybe 30% of humanity that cannot have their memories readily overwritten by the AI controlled quantum realignment. But they could improve their tech….I hope not.

I’m sure that I will get a rash of negative comments regarding my theory, and I have officially crossed the line beyond caring. There may be more things in this “matrix” than the ones I have isolated above, I am willing to continue to look. However, what I am concerned about is that now that the first article referenced above is effectuating disclosure of nothing less than computer enhanced mind control, that people who lack the ability to overcome the synthetic overwriting of memories may be subject to believing lies that they otherwise would readily detect. I think this is possibly an avenue for a type of “zombie apocalypse” if you will, where people will be fully convinced in their own minds of “facts” that have no basis in actual, unadulterated reality.

I also think that the simple act of being aware of this may shield people from having their very own minds violated by technological “intelligence”. It’s a little twist on what is called the Hawthorne Effect. Being aware of a change in observation (everything we do is being subjected to algorithm measurements and predictive behaviors predicated upon those algorithms) might very well make the desired outcome of those who want to mess with our minds much less effective.

Your thoughts are welcome, but please don’t go into the “you’re a moron” realm. If you do, I will delete it. If you simply disagree and state why clearly and concisely, that is completely fine!

3 thoughts on “Computers Can Change Your Memories….Part of Mandela Effect Equation?”