This spring will mark the 27th anniversary of one of the cruelest and most deceptive acts the Centers for Disease Control (CDC) has ever conducted. In partnership with Kaiser Permanente Health System and Los Angeles County Public Health Service, an experimental measles vaccine was given to approximately 1,500 inner city minority children in Los Angeles County. Most of these children were six months of age. The planning for this inoculation program started in 1989 with the vaccination campaign commencing in June 1990. This program came to a halt in October 1991. The measles vaccine was administered mainly to African-American children in an attempt to curb the measles outbreak in LA County at that time. The parents were not told that the measles vaccine was experimental, and it was not approved for use in the US. These children from LA County were the guinea pigs, the living test tubes of the research world. Yet the CDC and World Health Organization (WHO) were telling the parents the vaccine was being used in other countries. What was not explained was the fact that the vaccine used in Los Angeles was not the lower titers used in other countries but rather a super charged high-titers E-Z vaccine. And it was experimental. 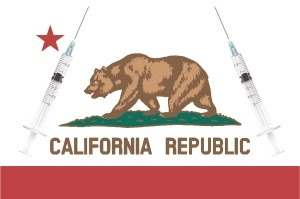 High school senior Madeline Scott was so excited when she received the acceptance text from UC Berkeley that she called her mother immediately. “I got into UC Berkeley,” she gushed. The euphoria didn’t last. When her mother, Tammy Rae Scott, signed onto the Berkeley admissions website, she learned about an apparent University of California policy requiring that incoming students be vaccinated for measles, mumps, rubella, chicken pox, tetanus, diphtheria, pertussis and meningitis. They also must undergo screening for tuberculosis. Madeline hasn’t had an immunization since age 3 when she had an adverse reaction to the MMR shot for measles, mumps and rubella, her mother said. “If I chose to attend Berkeley, I would have to catch up on 17 years worth of vaccinations,” said Madeline Scott, who lives in Arcata. “I feel that Berkeley is infringing on my right to refuse medical procedures.”