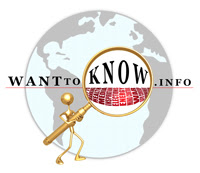 Major media reports on Pizzagate would have us believe that anyone who gives credence to this story is off their rocker. The term “fake news” rose to prominence shortly after this story broke in early November of 2016, and was quickly applied to debunk any report seriously investigating Pizzagate.

Only one major media news report (from the CBS Atlanta affiliate) has presented solid evidence of this disturbing story of powerful people possibly involved in pedophilia. Yet two days after it was aired, that revealing news video was strangely removed from the CBS website and replaced by a report on fake news about Donald Trump. This disappearance of a key news story and the undeniable evidence below suggests Pizzagate is a huge story that someone doesn’t want you to know about.

Note that the pedophilia issue has nothing to do with political affiliation. Though Pizzagate involves mostly high level Democrats, many Republicans have been convicted of child abuse. The most prominent case – which got very little press – was the conviction of Republican Dennis Hastert, who served as the Speaker of the U.S. House of Representatives, one of the most powerful political positions in the Unites States. Hastert was sent to prison by a judge who called him a “serial child molester.” He also happens to be friends with Tony Podesta, one of the key players in Pizzagate.

Pizzagate originated from the Wikileaks release of thousands of emails from John Podesta in October and November of 2016. Podesta served both as chief of staff for Bill Clinton in the White House and campaign manager for Hillary Clinton. The Pizzagate story got its name from a number of strange usages of the word pizza in the released emails. Yet the most powerful evidence of something serious involving Pizzagate can be found in the archived Instagram account of James Alefantis, owner of Comet Ping Pong Pizza in Washington, DC.

Alefantis is connected with John Podesta, as evidenced by this email exchange released by Wikileaks in which Podesta agrees to have dinner with him. Alefantis is also friends with John Podesta’s lobbyist brother Tony, who was named by GQ magazine as one of the 50 most powerful people in Washington, DC. John Podesta did not make that list, by the way, yet strangely, James Alefantis was included in this list of the 50 most powerful people in Washington.

All but a handful of the 50 people listed on GQ’s list are deeply involved in politics or the media, and many are household names. So how did James Alefantis, known only as an owner of two DC restaurants and an art aficionado make this list of most powerful people? Watch this video interview or read this 2015 Metro Weekly article on Alefantis and you have to wonder how he earned that distinction.

To explore this question, take a look at the archived Instagram account of Alefantis, who goes by the username “jimmycomet.” Shortly after the Pizzagate story exploded on the Internet, he made his account private, but a copy of the account made from the archives is available at the link below. But warning, be prepared for some very disturbing images, some of which are very sexually suggestive.

For those who choose not to explore the above link, here are three non-explicit images from the account to give an idea of this unusual material. The side comments are quite revealing.

Please note that the photo of Obama playing ping pong with a child is not meant to implicate Obama in this, though it does appear from the comments that Alefantis managed to get invited to a White House Christmas party.

These three images alone are enough to raise alarm bells. And if you look at all the images in Alefantis’ account at the link above, over half of them either are sexually suggestive, involve children, involve S&M, or some combination of the above. Several of them explicitly link sex to pizza, which is where the term Pizzagate comes from. One image is a poster promoting the film Lolita with an image of a vagina. For those who don’t know, Lolita was all about a man carrying on a sexual relationship with a 12-year-old girl.

Notice in the last image above Alefantis gives the definition of a chicken lover as “an adult male homosexual sexually attracted to underage males.” He is openly gay. David Brock, the gay founder of the popular website Media Matters, paid $850,000 in hush money when he started dating Alefantis (as reported in this Fox News article) to keep his previous lover quiet. What was Brock trying to hush? From his Instagram account, it is clear Alefantis has an obsession with sex and with children. Many of the images and comments are highly suggestive of sex with children.

Based on all of this, here is a theory certainly worth exploring: Could the reason Alefantis is listed among the 50 most powerful people in the capital city of the United States be that he is running a child sex ring which serves the powerful elite. And are some of the strange references to pizza both in the comments of Alefantis in his Instagram account and in a number of the leaked Podesta emails actually a code word for child sex? Another important question is why is the media debunking this, and why was the one CBS report that did come out removed and replaced in very short order?

Podesta is counted among the nation’s most important contemporary art collectors. Inside the elite Chelsea galleries, he and his wife, Heather, are gossiped about. All the art stars know their names. In Washington, the couple is recognized, too. Podesta, 60, has ridden a long career on Capitol Hill to his current perch as a top-tier lobbyist. He spearheaded President Clinton’s successful 1996 Pennsylvania campaign.

Tony favors art with in-your-face nudity and social critique. A piece in [his] Woodley Park living room [is a] nearly eight-foot-tall color photo. [It’s] an update of a late-15th-century painting of the dead Jesus [which] replicates the original … in vivid color and minute detail [minus] the shroud, displaying his subject in all his nakedness. “You’ve got to be pretty secure to have an eight-foot-tall naked man in your living room in Washington, D.C.,” Heather says. Tony’s younger brother John (yes, that John, Bill Clinton’s former chief of staff) admires his choices.

Folks attending a house tour … earlier this year got an eyeful when they walked into a bedroom at the Podesta residence hung with multiple color pictures by Katy Grannan, a photographer known for documentary-style pictures of naked teenagers in their parents’ suburban homes. “They were horrified,” Heather recalls, a grin spreading across her face.

Another example of Podesta’s most unusual taste in art is mentioned in this wikileaks email from artist Marina Abramovic to Tony Podesta, where she says:

I am so looking forward to the Spirit Cooking dinner at my place. Do you think you will be able to let me know if your brother is joining?

All my love, Marina 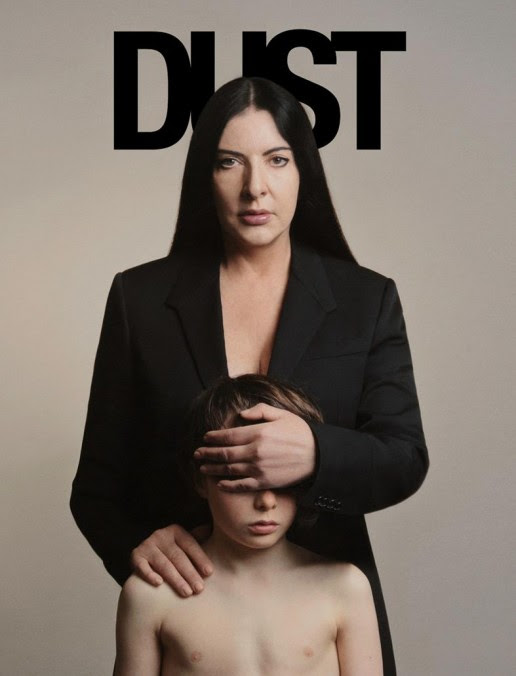 Abramovic on cover of Dust magazine

What is Spirit Cooking, you might ask? Abramovic shot a video of this most strange form of art, which you can watch on this webpage. However, viewer beware! The video is quite disturbing even though it only uses fake blood.

In one part of the video, Abramovic paints these words on the wall: “With a sharp knife, cut deeply into the middle finger of your left hand. Eat the pain.” In another part, she pours fake blood over child-sized statues. If you don’t have the stomach for the video, you can get an idea by doing a search of Google images using “Marina abramovic spirit cooking” or simply click here. Why were the Podesta brothers invited to join her in this Spirit Cooking? Is it just art?

Another example of the bizarre art work of Abramovic is also optional here because it is quite graphic and involves nudity. To see a photo of Lady Gaga (on left) standing beside Marina Abramovic as they admire a full-sized, blood-covered corpse Abramovic created as art for the “Devil’s Heaven” gala benefit, click here.

Is this evidence from Pizzagate proof the Podesta brothers and Comet Ping Pong Pizza owner James Alefantis are involved in child sexual abuse or a high-level child sex trafficking ring? No. But there is enough solid, disturbing evidence here to demonstrate without doubt that these people at the least have a strange and disturbing obsession with sexually explicit art and images sexualizing children. The fact that Alefantis is listed among the 50 most powerful people in Washington would also suggest he is doing something major to draw the attention of Washington’s elite.

Once again, the question arises, why has the media has come down so hard debunking any reports of this? Certainly the evidence is disturbing, but don’t blood and guts often lead in the news?

Other Major Cases of Pedophilia

Pizzagate is but one of many cases where events with reliable, verifiable evidence of child prostitution rings at high levels have been reported and then repressed and debunked. For undeniable evidence of powerful child prostitution rings leading to the highest levels of of the U.S. government, watch the suppressed Discovery Channel documentary “Conspiracy of Silence.” An excellent segment by Australia’s “60-Minutes” team “Spies, Lords and Predators” also covers a pedophile ring in the U.K. which reaches to the highest levels of government.

If you want to know more and choose to research Pizzagate on the Internet, you’ll find a huge amount of material and lots more evidence suggesting the possibility of major child pedophile rings reaching the highest levels. You’ll also find lots of major media debunking of solid evidence. Yet you’ll also find a lot of people jumping to conclusions based on questionable evidence. It’s important to be discerning and check the sources of all information for reliability and verifiability.

As you consider these disturbing matters, let’s not forget the power of sexuality to compromise almost anyone. Where have each of us in our lives been inappropriate or treated ourselves or others badly in sexual ways? As we do our best to expose and stop sexual abuse out in the world, let us also do our best to reach ever higher levels of integrity in our own sexuality. See the box below for suggestions on what you can do to further educate yourself and make a difference.

With best wishes for a transformed world,
Fred Burks for PEERS and WantToKnow.info
Former White House interpreter and whistleblower

Important Note: If you are open to exploring just how deep this rabbit hole goes, I highly recommend reading this well researched, excellent essay on cults and child abuse.