All U.S. Supreme Court Justices belong to the BAR

All BAR Attornies have a Superseding Oath to the BAR aka British Accreditation Registry; their first loyalty is to the court.

They are there to lead the sheep to their slaughterer, the Undertaker in the Black Robe. The judge is administering the Estate of the incompetent, and his main objective is to make revenue for the STATE, which is acting as the Beneficiary of the Estate, and you and I are being put into the Trustee position of our own Estates.

Now you understand why the Lord said “Woe unto Ye Lawyers”.

BAR Attorney’s first allegiance is to the Crown, not you.

They are there to make you believe someone is fighting for you, but the truth of the matter is: They are there to help the presumed Administrator of your Estate (the BAR attorney wearing the Black Robe-Undertaker) get jurisdiction and make as much money as possible for the court, and him/herself, and the STATE. (I know the proof thing how could I possibly prove this well here it is).

The U.S. Supreme Court observed in its unanimous decision in Kay v. Ehrler, 499 U.S. 432, that a lawmaking body may instead prefer to discourage attorneys from electing to appear in Propia persona because such self-representation may often conflict with the general public and legislative policy favoring the effective and successful prosecution of meritorious claims.

The high court observed that ‘Even a skilled lawyer who represents himself is at a disadvantage in contested litigation. Ethical considerations may make it inappropriate for him to appear as a witness. He is deprived of the judgment of an independent third party in framing the theory of the case, evaluating alternative methods of presenting the evidence, cross-examining hostile witnesses, formulating legal arguments, and in making sure that reason, rather than emotion, dictates the proper tactical response to unforeseen developments in the courtroom. The adage that ‘a attorney who represents himself has a fool for a client’ is the product of years of experience by seasoned litigators.. Id. at 437-438
An appearance may be in “Propia persona”, and need not be by attorney.

This , right out of the Corupus Juris Secundum … You are a WARD OF THE STATE, an IMBECILE, A MENACE TO SOCIETY, and INCOMPETENT, and that’s the truth, take it as you will. Read volume 7 sections 4 this is all there.

It’s a real eye opener to know that the Middle Inn of the Crown Temple has publicly acknowl- edged there were at least five Templar Bar Attorneys, under solemn oath only to the Crown, who signed what was alleged to be an American Declaration of Independence. This simply means that both parties to the Declaration agreement were of the same origin, the Crown Temple.

In case you don’t understand the importance of this, there is no international agree- ment or treaty that will ever be honored, or will ever have lawful effect, when the same par- ty signs as both the first and second parties. It’s merely a worthless piece of paper with no lawful authority when both sides to any agreement are actually the same.

In reality, the American Declaration of Independence was nothing more than an internal memo of the Crown Temple made among its private members.

All “Constitutional Rights” in America are simply those dictated by the Crown Temple and en- forced by the Middle Inn Templars (Bar Attorners) through their franchise and corporate gov- ernment entity, the federal United States Government. When a “State Citizen” attempts to invoke his “constitutional”, natural, or common law “rights” in Chancery (equity courts), he is told they don’t apply. Why? Simply because a State citizen has no rights outside of the Rule and Codes of Crown “law”. Only a state citizen has natural and common law rights by the paramount authority of God’s Law.

To have this “Declaration” recognized by international treaty law, and in order to establish the new legal Crown entity of the incorporated United States, Middle Templar King George III agreed to the Treaty of Paris on September 3, 1783, “between the Crown of Great Britain and the said United States”. The Crown of Great Britain legally was, then and now, the Crown Temple. This formally gave international recognition to the corporate “United States”, the new Crown Temple States (Colonies). Most important is to know who the actual signatories to the Treaty of Paris were. 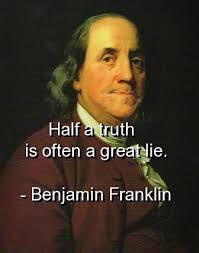 Take particular note to the abbreviation “Esqr.” following their names (see above definition for ESQUIRE) as this legally signifies “Officers of the King’s Courts”, which we now know were Templar Courts or Crown Courts. This is the same Crown Templar Title giv- en to Alexander Hamilton (see above).

The Crown was represented in signature by “David Hartley, Esqr.”, a Middle Templar of the King’s Court. Representing the United States (a Crown franchise) by signature was “John Adams, Esqr”, “Benjamin Franklin, Esqr.” and “John Jay, Esqr.” The signatories for the “United States” were also Middle Templars of the King’s Court through Bar Association membership. What is plainly written in history proves, once again, that the Crown Temple was representing both parties to the agreement. What a perfect and elaborate scam the people of North Amer- ica had pulled on them!

Since its beginnings, the Temple Church at the City of London has been a Knight Templar se- cret society. It was built and established by the same Temple Knights who were given their Rule and Order by the Roman Pope. It’s very important to know how the British Royal Crownwas placed into the hands of the Knights Templars, and how the Crown Templars became the fiscal and military agents for the Pope of the Roman Church.

Most who have commented on this charter only emphasize the payments due the Pope and the Roman Church. What should be emphasized is the fact that King John broke the terms of this charter by signing the Magna Carta on June 15, 1215. Remember; the penalty for breaking the 1213 agreement was the loss of the Crown (right to the kingdom) to the Pope and his Ro- man Church. It says so quite plainly. To formally and lawfully take the Crown from the royal monarchs of England by an act of declaration, on August 24, 1215, Pope Innocent III annulled the Magna Carta; later in the year, he placed an Interdict (prohibition) on the entire British Empire. From that time until today, the English monarchy and the entire British Crown be- longed to the Pope.

It becomes even more obvious when you read Article 5, which states in part,”to provide for the Restitution of all Estates, Rights, and Properties which have been confis- cated, belonging to real British Subjects.” The Crown Colonies were granted to “persons” and corporations of the Crown Temple through Letters Patent and Charters, and the North American Colonial land was owned by the Crown.

All licensed Bar Attorneys – Attorners (see definitions below) – in the U.S. owe their allegiance and give their solemn oath in pledge to the Crown Temple, realizing this or not. This is simply due to the fact that all Bar Associations throughout the world are signatories and franchises to the international Bar Association located at the Inns of Court at Crown Temple, which are physically located at Chancery Lane behind Fleet Street in London. 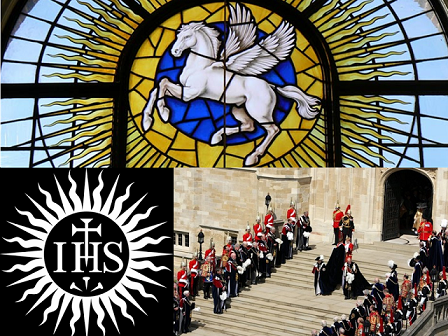 The Inns of Court (see below, The Four Inns of Court) to the Crown Temple use the Banking and Judicial system of the City of London – a sovereign and independent territory which is not a part of Great Britain (just as Washington City, as DC was called in the 1800s, is not a part of the north American states, nor is it a state) to defraud, coerce, and manipulate the American people. These Fleet Street bankers and lawyers are committing crimes in America under the guise and color of law (see definitions for legal and lawful below). They are known collective- ly as the “Crown.” Their lawyers are actually Templar Bar Attornies, not lawyers.

The present Queen of England is not the “Crown,” as we have all been led to believe. Rather, it is the Bankers and Attornies (Attorneys) who are the actual Crown or Crown Temple. The Monarch aristocrats of England have not been ruling sovereigns since the reign of King John, circa 1215. All royal sovereignty of the old British Crown since that time has passed to the Crown Temple in Chancery.

The U.S.A. is not the free and sovereign nation that our federal government tells us it is. If this were true, we would not be dictated to by the Crown Temple through its bankers and at- tornies. The U.S.A. is controlled and manipulated by this private foreign power and our un- lawful Federal U.S. Government is their pawnbroker.

The bankers and Bar Attorneys in the U.S.A. are a franchise in oath and allegiance to the Crown at Chancery – the Crown Temple Church and its Chancel located at Chancery Lane – a manipulative body of elite bankers and attorners from the independent City of London who violate the law in America by imposing fraudulent “legal” – but totally unlawful – contracts on the American people. The banks Rule the Temple Church and the Attorners carry out their Orders by controlling their victim’s judi- ciary.

By what authority has the “Crown” usurped the natural sovereignty of the American people? Is it acceptable that the U.S. Supreme Court decides constitutional issues in the U.S.A? How can it be considered in any manner as being “constitutional” when this same Supreme Court is ap- pointed by (not elected) and paid by the Federal U.S. Government? As you will soon see, the land called North America belongs to the Crown Temple.

The legal system (judiciary) of the U.S.A. is controlled by the Crown Temple from the inde- pendent and sovereign City of London. The private Federal Reserve System, which issues fiat U.S. Federal Reserve Notes, is financially owned and controlled by the Crown from Switzer- land, the home and legal origin for the charters of the United Nations, the International Mon- etary Fund, the World Trade Organization, and most importantly, the Bank of International Settlements. Even Hitler respected his Crown bankers by not bombing Switzerland. The Bank of International Settlements in Basel, Switzerland controls all the central banks of the G7 na- tions.

He who controls the gold rules the world.

The Corporation of the UNITED STATES OF AMERICA