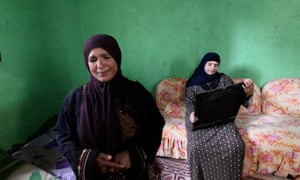 President Barack Obama declared during his second inauguration speech, “We, the people, still believe that enduring security and lasting peace do not require perpetual war.” However, one of the main legacies of Obama’s presidency may be that his administration further institutionalized a framework for a global “war on terrorism” with no end in sight.

In a report released on December 5 on the “legal and policy frameworks” for pursuing war, Obama suggests the frameworks show the U.S. is capable of defending its interests at home and around the world in a manner consistent with the “laws, values, and traditions” that are a “source” of America’s “greatest strength.”

There are six “theaters” of war, which the report highlights: Afghanistan, Iraq, Syria, Somalia, Libya, and Yemen. It omits Pakistan, where the CIA has launched drone strikes, as well as countries in Africa, like Mali.

The Real President Obama as told by His Man Lover

The report does not address the human cost of the global “war on terrorism.” It does not suggest whether any goals or objectives in this endless war have been achieved over the past 15 years. Instead, with the ominous election of Donald Trump looming over the country, the report serves as a document capable of insulating the Obama administration from criticism that officials may have gone too far in expanding the presidential power to wage war and carry out “national security operations.”

The track record of the U.S. in “theaters” of war is to pursue war policies, which aid in destabilization and spur the rise of extremist groups that become enemies of the U.S. These enemies provide the U.S. justification for expanded war efforts and touch off a deadly cycle that guarantees countries transform into failed states that may never be hospitable for humanity ever again.

Obama Backtracked On Pledge To Bring Afghanistan War To End

The war in Afghanistan was launched in 2001, as an act of retaliation for the September 11th attacks.

As of August 2016, according to the “Costs Of War Project” at the Watson Institute of International and Public Affairs at Brown University, at least 31,000 Afghan civilians have been killed in Afghanistan. Well over 40,000 Afghan civilians have been “seriously injured” since January 2009. The International Committee of the Red Cross had 9,200 new patients in 2015, and 1,261 were amputees.

Obama pledged to withdraw troops and bring the occupation closer to an end, but in July, he announced 8,400 U.S. troops would remain in Afghanistan.

The percentage of civilians in Afghanistan killed by “pro-government forces,” according to the United Nations Assistance Mission in Afghanistan (UNAMA), has risen dramatically. Deaths of children continue to escalate since 2013, with 639 deaths and 1,822 injuries documented. The rate of civilian deaths from air strikes has also skyrocketed in the past two years.

Yet, no matter how long war continues to destroy the lives of Afghans, they can take solace in the fact that Obama made sure it is all supposedly being carried out according to U.S. law and international law.

The report is largely free of historical context. It indicates the U.S. is “conducting a systematic campaign of airstrikes” against the Islamic State and has “captured some of its members.” The U.S. is “advising” and “coordinating with Iraqi forces and providing training, equipment, communications support, and other support to select elements of the Iraqi security forces, including Iraqi Kurdish Peshmerga forces.”

To large extent, war has plagued Iraq since the Persian Gulf War in 1990, which was launched after Iraq President Saddam Hussein was no longer a tyrant America was willing to keep as an ally. The war based on lies launched by President George W. Bush’s administration in March 2003 merely added to the prior decade’s record of destruction. Out of the rubble of the U.S. invasion and in the prisons, where U.S. forces tortured detainees, the Islamic State was essentially born.

According to the “Costs of War Project,” before fighting related to the Islamic State, 1.5 million Iraqis were “displaced internally or into neighboring countries.”

“The refugee crisis has impacted both Iraqis who fled and the communities that they left behind,” the “Costs of War Project” stated. “Engineers, artists, lawyers, academics, doctors, and other professionals were among the first to escape the war. This migration dismantled many of Iraq’s cultural institutions and stripped it of the services that middle class professionals provide.

Iraq once had one of the best health care systems in the region, but doctors fled. The use of depleted uranium and white phosphorus by U.S. forces has resulted in a staggering increase in the rates of cancer and birth defects. As journalist Dahr Jamail reported, congenital malformations in Fallujah outpace the rate of malformations seen in Hiroshima and Nagasaki after the U.S. dropped nuclear bombs.

Journalist Anand Gopal has reported on entire cities in Iraq that have been flattened in the war against the Islamic State. He said Ramadi looks “post-apocalyptic.” The city essentially does not exist anymore. And what has unfolded in the past few years is the end of Sunni Iraq, which is “very bleak.”

However, Obama has reassured the world that the “use of force” is being carried out in complete accordance with U.S. law and international law. Iraqis may be caught between the dark menace that is the Islamic State and the forces of U.S. empire, but certainly, they must find this reassuring.

In Syria, the U.S. is carrying out strikes against Islamic State forces. There are also “small teams of U.S. special operations forces” in Syria there to “coordinate” U.S. operations with some “indigenous ground forces.” Pouring Gasoline On The Flames Of War In Syria

This is newer terminology for the Obama administration so it is unclear what groups qualify as “indigenous ground forces.” But the U.S. has employed a policy of arming “rebel groups” that has not gone well.

The New York Times reported in June, “Weapons shipped into Jordan by the Central Intelligence Agency and Saudi Arabia intended for Syrian rebels” were “systematically stolen by Jordanian intelligence operatives and sold to arms merchants on the black market.”

Militias armed by the Pentagon have fought brigades armed by the CIA. A report from Amnesty released about one year ago showed a lot of the Islamic State’s equipment and weapons came from stockpiles that the group captured from the Iraqi military and Syrian opposition forces.

As CIA and Pentagon weaponry changes hands in Syria, the Syrian Observatory for Human Rights reported over 86,000 civilians have died since March 18, 2011. At least 15,000 of those killed were children.

The United Nations High Commissioner for Refugees (UNHCR) estimates 4.8 million people have fled Syria to Turkey, Lebanon, Jordan, Egypt, and Iraq, since 2011, and 6.6 million people are “internally displaced within Syria.” (Note: Syrians who fled to Iraq have faced the predicament of having to flee to another country because of violence in Iraq.)

There are over a dozen countries supporting Syrian government forces and Syrian opposition forces so not all of the carnage can be solely attributed to the actions of the United States. On the other hand, the policy seems akin to putting out a fire with gasoline. For example, the CIA has supported groups like Ahrar al Sham, which committed a massacre in Latakia in 2013. Nonetheless, the Obama administration maintains it has followed the law by only providing “assistance” to Syrian groups and individuals appropriately vetted for ties to terrorist organizations.