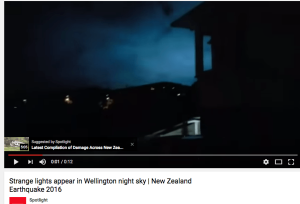 \This from Jana Dixon on FB…

The evil empire are after New Zealand’s unobtainium. First shake up the locals, destroy infrastructure, weaken the economy and then extort deals to rape the resources of the country.

If you were planning to do seismic blasting off the coast of a Country, the best time to do it would be with the super full moon wouldn’t it? So that people only discuss that as the possible reason.

The World’s biggest seismic blasting ship the Amazon Warrior was photographed off Rarangi Beach in Cloudy Bay last night. Right on top of a major fault line. The ship was met with protests when it arrived on the 13th!

Kaikoura was clearly the target – now destroyed, and that basin is full of the precious oil for the foreign bankers and the only thing stopping them was the people of Kaikoura – now homeless and to be relocated by NZ Navy ship. Kaikoura is also known for its whale populations!

And I guess we now know why John Kerry was making a short notice / unexplained trip to NZ right in the middle of a fierce US ‘elitecon’…He went to Antarctica, which has a HAARP at the US base.

The World’s Biggest Seismic Testing Ship – The US “Amazon Warrior” – Parked On Top Of New Zealand Fault Line during the November 13, 2016 Earthquake!

The World’s biggest seismic blasting ship the Amazon Warrior was photographed off Rarangi Beach in Cloudy Bay last night. Right on top of a major fault line. The ship was met with protests when it arrived on the 13th! It was seen off the Coast of Kaikoura on Nov. 13th, but its ETA from Panama was 10 am on Nov 14th in Wellington.

The Amazon Warrior came from Panama, was seen off of Kaikoura on the 13th and then went to anchor off of Cloudy Bay at the top of the South Island, across the channel from Wellington. If you are steaming to NZ from Panama, and your destination is Wellington, then there is no need to go an extra 95 miles south before arriving at your charted destination; after a long sea journey of 7,353 miles. This fact alone shows that there was something very fishy going on in the state of Aotearoa.

If their scheduled arrival was for 10am on the 14th in Wellington, then their trip to Kaikoura was already calculated into their original ETA. The AW’s estimated project-to-project transit speed is 17 knots or 19.5633 mph. Thus traveling the 7353 miles to NZ will take around 16 days, and the last report in Vessel Finder was Oct 25, 2016 17:52 UTC which was probably the departure time from Panama.  Roughly Oct 26 to Oct 13 is 19 days, so they left plenty of leeway to ensure they could make it to Kaikoura before heading to Wellington…however rather than 3 days leeway, it is only 2 days because NZ is one day ahead of Panama.

On a ship like the Amazon Warrior… to travel 95 miles distance from Kaikoura to Wellington it takes around 5 hours, so they have 1.75 days to engage in their seismic mayhem. The ship only pulled into Cloudy Bay to avoid the protesters at Wellington. Yea, rather obvious isn’t it. By their deeds shall they shall be known