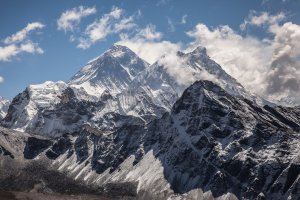 Traveling through and across Tibet, we saw massive lakes from runoff water in the Great Himalayan Mountains, where Mt. Chomolungma, “The Great Mother” aka Mt. Everest resides.

Yet the people of this of most poorest and repressed of nations, eats no fish from these huge lakes.

Why? because they would never dream of taking one life for another. So they eat Yak. A lot of friggin’ Yak.

Yak butter, Yak meat, Yak tea, was our diet across the Tibetan plains for three weeks. Our drivers were brought up from Nepal because Tibetans are rarely allowed to drive by their oppression Masters, the Huan Chinese.

Before finally digesting the Yak, Tibetans would use them to plow their fields at 15,000 dry desert feet. Critical food for survival for their families.

In the Winter, the Yak was kept under the family floor to provide heat, while the Yak Dung, hung up and dried from the collected yak poop in the fields, is then used to help heat their homes,

or else the family dies. 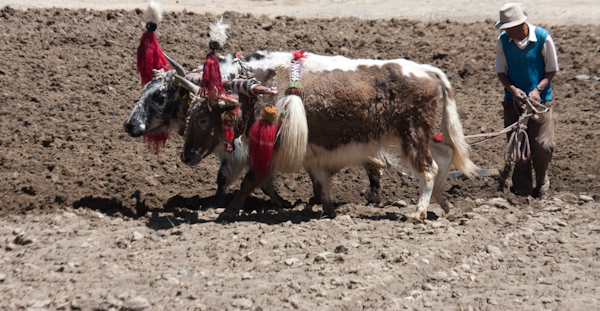 The Yak is celebrated throughout his/her life. Flowers drape over the animals chest and back, with ear socks when it gets cold.

No Yak, no Tibetans. They will not eat fish for taking a life for life is what has caused such a state we all exist in, for so long of our ancestral existences and never more true today.

All Life matters. Everything is Life.

This article below is so important in so many ways and on so many levels. Please share if you care. 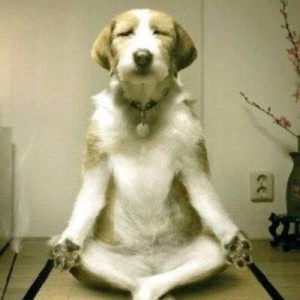 “We tend to think animals are lower than us, but….

We tend to think animals are lower than us, but all the scientists in the world couldn’t design and operate a bumblebee’s wing. We can’t jump or run very fast, and we can’t carry vast weights like an ant can. We can’t see in the dark and we can’t fly except crammed in a noisy tube like sardines, which doesn’t count. Humans compared to animals are almost totally deaf, and we can’t smell a fart in an elevator by their standards.

We are finite and separate, and neurotic, while the consciousness of an animal is at peace and eternal. We strive and go crazy to become more important. Animals rest and sleep and enjoy the company of each other. We think we have evolved upwards from animals but we have lost almost all of their qualities and abilities. 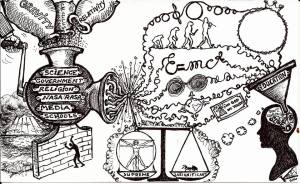 We can make a bomb or carve a statue but it’s a statue to our importance, a power trip, none of it serves any real purpose. How do we know we have evolved upwards? If you judge us by warmth and kindness and inclusion, we are even more cruel and separatist than the people of Biblical times, who at least smote others while living in tribal units.

Animals usually live in collectives; we live in the suburbs.

We think animals don’t talk or communicate but that is just because we have become deaf listening to our own voice. My cat could talk. It had twelve distinct sounds, words it used, and two-dozen intonations of those sounds. When I opened the front door for it in the pissin’ rain at three in the morning, it had a two syllable, ‘thank-you’ type meow that had a ‘sorry’ intonation to it. If I opened the door in mid-afternoon the two syllables were still the same but the intonation was different. The cat could talk.

The cat got sick. The vet said it wouldn’t last long and that for forty quid we could murder it, “You’ll save that in cat food over time,” she said, hoping for some quick money. The cat looked at me and meowed a meow of distress. I quickly declined the vet’s offer. The cat lived another fifteen months and died peacefully in the garden under our favorite tree.

The idea that animals don’t have consciousness or that they don’t have a soul is rather crass. It shows a lack of consciousness. They talk, they have families, they feel things, they act individually or together to solve problems, they often care of their young as a tribal unit. They play, they travel, and medicate themselves when they get sick. They cry when others in the herd die, they know about us humans. Of course they have a soul, a very pristine one. We humans are only now attempting with the recent rise in consciousness to achieve the soul that animals have naturally. 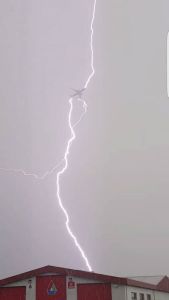 When I got through to the mirror world in August 2001 (see: An Awesome Journey), it was as if I was in the afterlife while still alive here on earth. In that dimension I saw loads of animals: dogs, cats, mice, horses, giraffes and two species of birds, an eagle and a robin. I was probably only looking at one small part of that vast world, maybe all animals are in there. I expect that is right.  The consciousness of an animal is eternal because it lives outside an awareness of time, floating in a perpetual now, while a human’s consciousness is finite and in the awareness of time. Some humans believe in eternity but their eternity is elitist and self-aggrandizing. It has only a diffused, hazy outline to it, not much at all, for in truth our human soul is small and inconsequential. What eternity will people see when they cross over to the mirror world and the afterlife?

I don’t know the answer to that.

A human is judged by how he or she treats others not by what they have acquired or what accolades they got in this life. And societies are also judged in part on how they treat animals. Those societies that treat animals poorly have no long-term spiritual future. In the eternity of things, their mistreatment is indicative of their national-soul that is devolving to become ever more ghoulish.