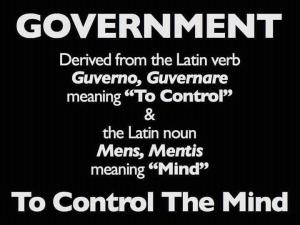 Electoral College, The unknown few who name the CEO President

The “Electoral college of electors” are the ones that actually determine who will be President – not any popular vote, poll, media, or statistic.

An Elector is Not subject to exclusive legislative power of Congress.

Almost anyone can become an elector.  Did not have to be a registered voter or a party member.

The total number of electors a state can have is equal to that state’s total representation in Congress. Less populated states such as Wyoming, North Dakota, and Vermont have at least one Representative and two Senators. Therefore, they have only three electoral votes. California, for instance, with 52 Representatives and two Senators, have 54 electors.

Except for Maine and Nebraska, all states have chosen electors on a “winner-take-all” basis since the 1880s.[5] That is, each state has all of its electors pledged to the presidential candidate who wins the most votes in that state. Maine and Nebraska use the “congressional district method”, selecting one elector within each congressional district by popular vote and selecting the remaining two electors by a statewide popular vote

The Senate examined exactly what powers they had granted the President by amending the Trading With the Enemy Act on March 9, 1933, they concluded that: “Under these powers the president may: seize property; organize and control the means of production; seize commodities; assign military forces abroad; institute martial law [actually: Martial Rule]; seize and control all transportation and communication; regulate the operation of private industry; restrict travel, and in a plethora of particular ways, control the lives of all American citizens.”

All States are corporations incorporated with the federal corporation

Politicians and the legislature of each state formed a new so-called government (de facto) and incorporated it into the corporate US commercial corporation a.k.a. UNITED STATES, Inc. and are therefore under its jurisdiction. This so-called government is actually a limited-liability corporation (Limited Liability Act of 1851), chartered in a private, military, international, commercial, admiralty/maritime jurisdiction, entitled “STATE OF…” as evidenced by, inter alia, the change in the seal and the flag and the creation of a new constitution. Each “STATE OF…” collects whole life insurance premiums, known as “taxes,” for the International Monetary Fund, based, inter alia, upon the Limited Liability Act of 1851 and the bankruptcy of United States of 1933.

“Columbia” is a name for “Goddess of Creation, War, and Destruction” more known as the goddess of death and pain. She is derived from the imagery of Semiramis, wife of Nimrod, and Queen of Babylon.

Columbia and Persephone are seen as other statues around Washington D.C. area