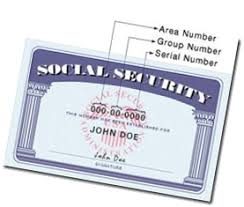 The number 666 is well known to be associated with the Number of the Beast. The Bible puts it this way: Revelations 13:17, “the name of the beast or the number of it’s name.” There is no doubt the SSN is the Mark, because of the first part of 13:17, “so that no one could buy or sell unless he had the mark.” Now think about what that says and what it means. To “buy or sell” is just another way of saying “financial transaction” isn’t it. That certainly includes earning a living, ie getting a job. But it’s also every financial transaction you make. How are most of those transactions facilitated today? Via credit or debit card.

“The balance of Title 42, section 1981 of the Civil Rights Code states,” citizens shall be subject to like punishment, pains, penalties, taxes, licenses, and exactions of every kind”

Try to get either of these without an SSN and see how far you get. So where is the 666? It’s public information:

The United States Government’s full list of laws are call the “United States Code.” If you go to Title 42, United States Code, Section 666, you will find where the Social Security Number is now mandated on all licenses. No SSN, no license. Here it is verbatim:

Just think that’s some government mumbo jumbo? Sorry, it’ s the law of the land. When a person in Texas tried to get a license to be a crop duster, the state refused to issue one because the applicant refused to provide an SSN due to his religious beliefs. It went to the Texas State Attorney General, who quoted and referenced Title 42, section 666 as the reason they could not issue the license. This was a license the man needed to do his job to earn a living. Quoting the Texas AG: “It is the federal statute that specifically enumerates occupational licenses. See 42 U.S.C. 5 666(a)(13) (2000).” The set of numbers, 666 is referenced over 40 times in the AG’s answer. The entire decision is based on 42 USC 666. Do you really think it’s just a coincidence?

Want to import or export? Thanks to NAFTA (passed in 1994) you need a tax identification number to export or import. NAFTA Certificate of Origin (Read the form and the instructions on the back.) In fact trade is exactly how most people earned a living in Biblical times.

GATT: (passed in 1947 and updated many, many times since then. The 1994 Uruguay Round negotiations is what we are talking about here.)

One of the most significant changes was the creation of the World Trade Organization (WTO). The 75 existing GATT members and the European Communities became the founding members of the WTO on 1 January 1995. The other 52 GATT members rejoined the WTO in the following two years (the last being Congo in 1997). Since the founding of the WTO, 21 new non-GATT members have joined and 29 are currently negotiating membership. There are a total of 153 member countries in the WTO.

During Senate floor debates here is the exchange:

“A final question of special concern is that GATT requires that every United States citizen receive an identification number at birth, and that this matter is unrelated and irrelevant to matters of trade. The answer is that this requirement is included in the implementing language of GATT; it is not part of the GATT itself. This language was included in the implementing legislation because to ensure accurate assessments of income taxes, improper deductions on tax returns must be minimized.

It is the Social Security number.

The Social Security number, that is right.

Senator Domenici went on to explain:

“As a consequence, this section is designed to reduce tax cheating by people who claim children they do not have, which has the effect of reducing their taxes. This is important because it has a significant effect on the amount of tax revenue collected, which directly correlates with the overall net cost of the agreement to the U.S. Treasury. Therefore, the United States has decided that it is critical to maintain an accurate accounting of its taxable population.”

Possession of a Social Security Number is known in the Crown’s lex as ‘conclusive evidence’ of our having accepted federal commercial benefits. This is another example of an equity relationship with the Crown.

Presenting one’s Social Security Number to an employer seals our status as taxpayers, and gives rise to liability for a reciprocal quid pro quo payment of taxes to the Crown.

Through the Social Security Number we are accepting future retirement endowment benefits. Social Security is a strange animal. If you die, your spouse gets nothing, but rather, what would have gone to you is divided (forfeited) among other premium payers who haven’t died yet.

Another ruse used to hoodwink natural persons is by enfranchisement. Those cards in your wallet bearing your name spelled in all capital letters means that you have been enfranchised and have the status of a corporation.

These invisible contracts include, birth certificates, citizenship records, employment agreements, driver’s licenses and bank accounts. It is perhaps helpful to note here that contracts do not now, nor have they ever had to be stated in writing in order to be enforceable by American judges. If it is written down, it is merely a written statement of the contract. 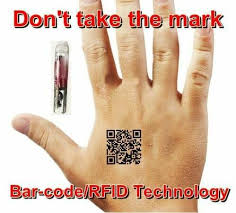 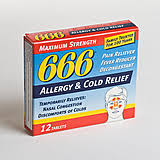 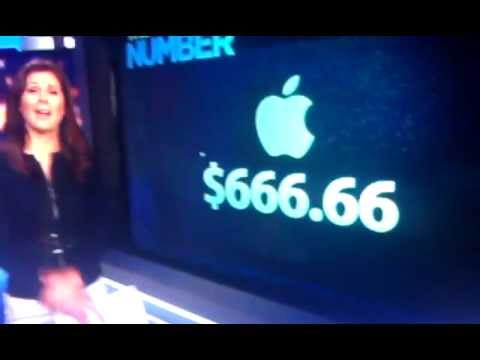 Cycles of Life  666 Used to Master over All

Primary #’s 9 End; 2 Aware 9/11
5 Struggle, War Stress ;
When you struggle it prevents you from awakening