Even though boxing took decades off Ali’s life, while in his prime he was a force for social justice and higher consciousness about what Amerika is really about, and has always been about. Power, Command and Control, and enlavement.

We in the US have never even apologized for the centuries long abuse of Africans brought over as slaves and deemed “3/5th’s” of a person the vaulted and exalted US Constitution, where “WE the People”, meant only the 7% richest land owning white men. Not women, non land owners, Native Americans, African slaves, etc.  It was a contract that was signed by those 55 white men, meaning THEM, We the People, not us. It took another hundred years to allow women and minorities to even vote, truth be told. 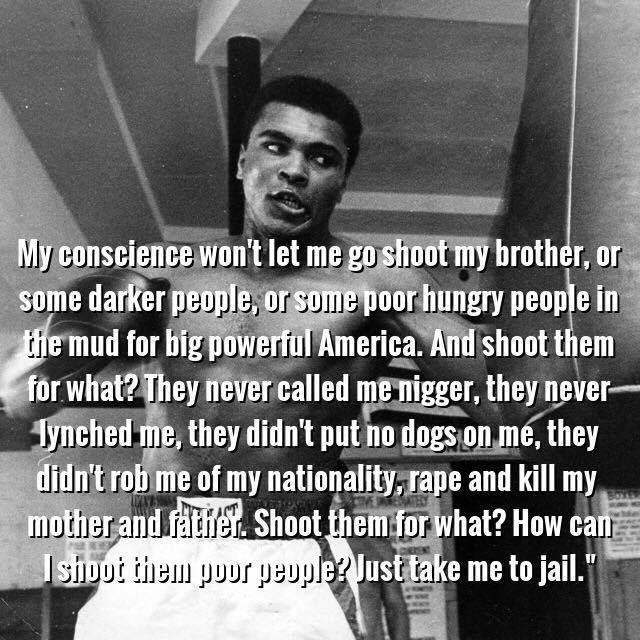 From my Brother-in-laws work to find his POW father with Ali.

Muhammad Ali & Me – Fighting for POWS

1 thought on “Quote of the Day R.I.P. Muhammad Ali”