All around our area children and adults are coming down with severe respiratory illness’ over the past two weeks.

In our area of Northern California, our school is reporting many children being sick.  Additionally, Dane Wiggington at Geoengineeringwatch.org is getting reports of flu like symptoms worldwide.

We ARE being sprayed like insects and lab rights.  Send this around. Speak out. Be Heard. ACT!

The Geoengineering Escalation Of 2016: Accounts Of “Chemtrail Flu” Rise

Have you been feeling ill lately? Perhaps you feel mentally foggy, feverish, congested, or weak in the heart? Are you experiencing itchy skin?

If so, you might want to carefully monitor your onset of symptoms, and see if they immediately follow aerosol spraying in the sky.

It’s hard to believe, but this is happening: people all over the United States have been reporting a blatant, easily observable escalation of geoengineering/chemtrail activity in the past 3 months, often followed by flu-like symptoms. I’m going to call this the “Geoengineering Escalation of 2016.”

If you’re not familiar with chemtrails/geoengineering, you might want to research the well documented and easily verifiable history of the US government experimenting on citizens with biological creations, often sprayed out of airplanes: from the 1966 San Francisco spraying of bacteria on unsuspecting civilians, to the 1955 “Operation Drop Kick,” which released infected mosquitoes on poor African American populations in Georgia and Florida without their knowledge or consent. A comprehensive timeline of experiments on US citizens can be found here.

For the geoengineering aspect of “chemtrails,” widely considered to be the more prevalent application of aerosol technology, you could watch Dane Wigington and his team of experts at Shasta County town hall, or this 2005 documentary entitled Aerosol Crimes, or the wildly popular What in the World Are They Spraying documentary, or Peter A. Kirby’s comprehensive history of geoengineering, either in audio form or article form.

Help Get Heavy Metals Out of Your Garden Soil
https://tabublog.com/2016/01/19/hemp-eats-radiation-cleans-toxic-metals-from-soil/ 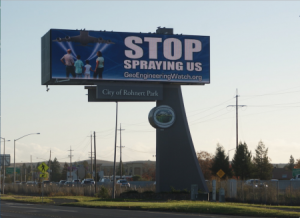 There’s the official explanation for why NASA is spraying lithium, a pharmaceutical drug most often used to treat people with manic depression or bi-polar disorder, into our ionosphere, and then there is the probable reason(s). It would be easier to accept NASA’s official explanation if they were not so secretive about everything they study and do in space – but one thing is for certain – NASA’s own personnel have admitted that lithium, along with other chemicals, are intentionally being placed into our environment regularly. It is possible that many of NASA’s own employees aren’t even aware of the true motivations for carrying out such a project, ironically displaying the very behaviors that these chemicals/pharmaceuticals are meant to instill.

In the first bomb-shell video a NASA employee (Douglas.e.rowland@nasa.gov)) admits that lithium is being sprayed in the atmosphere, and says that it is “harmless to the environment.”

Feasibility of Aerosol Vaccinations in Humans

The feasibility of using aerosol vaccines to achieve mass and rapid immunization, especially in developing countries and disaster areas, is being assessed on the basis of current available information. The aerosol mode of vaccine introduction, which best follows the natural route of many infections, may first lead to development of immunity at the portal of entry, and may also induce a more generalized defense. The recommended optimal way of introducing an aerosol vaccine is nasal breathing, which is more suitable for geriatric and pediatric populations, permits use of greater antigen volumes, and allows easier monitoring of results. Technical requirements for ideal aerosol vaccines and delivery systems, possible adverse effects, and cost-effectiveness are other issues addressed. Several thousand human subjects have been aerosol-vaccinated over a period of many years in Russia with live-attenuated strains against many diseases. Extensive field trials in South America with aerosolized live-attenuated measles vaccine have also been successful, and excellent results have been reported with pilot projects employing inactivated or live-attenuated aerosol influenza A vaccine. We conclude that aerosol immunization seems a promising method of vaccination. Although some basic information is still lacking, this method has already been used successfully in large populations and has therefore passed the phase of initial feasibility evaluation.
PMID: 12656420 [PubMed – indexed for MEDLINE]

Another discussion of aerosolized vaccinations can be found in The New England Journal of Medicine. A Randomized, Controlled Trial of Aerosolized Vaccines Against Measles states that these vaccines were tested on children in India that were as young 9 months old. The World Health Organization has been researching aerosol vaccines for years now, as have “philanthropic” agencies which have clear aims to sterilize the population. It is also worth noting that the pharmaceutical industry has been absolved from any legal responsibility for medicating the masses since they were awarded legal protection from all lawsuits by Congress in 1986. This law was challenged, but upheld by the U.S. Supreme Court in 2011. Many powerful agencies are making sure that we “take our medicine.”