Going to a cashless society will allow the debt ledger to be all electronic with no currency base. This has never been done, or ever attempted before in the 5,000 year history of debt.  By tying everyone electronically in a debt repayment system they can carry the charade along a little while longer before the mass collapse takes full force, like we are seeing in many countries in South America, like Brazil and Venezuela, where electricity is shut off for weeks at a time, and riots over crony capitalism are boiling over (here) and (here).

Those who control electronic mediums now control our money supplies and their is no “reserve currency” anymore to tall back on. Once, the U.S., with no debt and great assets could be held as collateral…now it is only debt with the chattel/cattle of people pledged as securitized debt against a note owed to the banksters to the tune of Trillions and Trillions of dollars.

And no one can even comprehend what a Trillion dollars really is.  You rip up a piece of paper with ink created by the private corpsoration, the Federal Reserve Inc. and it loses all value immediately, however a ounce of gold coin minted in Caesar’s day, got you a nice today, belt and sandals, today the same gold ounce gets you a nice suit, tie and shoes…

In a bid to raise cash, foreign central banks and government institutions sold $57.2 billion of U.S. Treasury debt and other notes in January, according to figures released on Tuesday. That is up from $48 billion in December and the highest monthly tally on record going back to 1978. It’s part of a broader trend that gathered steam last year when central banks sold a record $225 billion of U.S. debt.

The Indisputable Role of Credit Ratings Agencies in the 2008 Collapse, and Why Nothing Has Changed 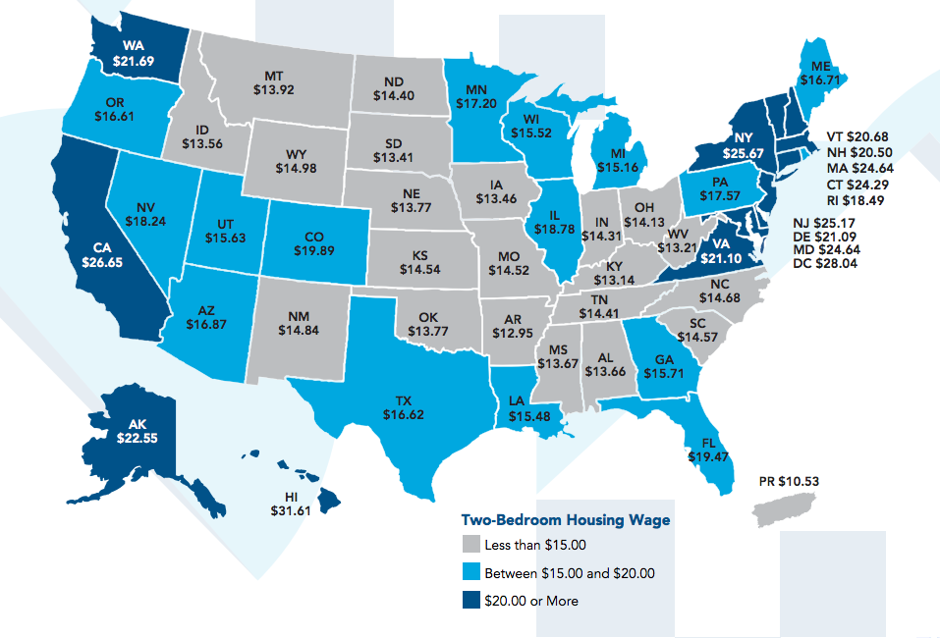 Rents keep rising because the demand for rentals keeps growing, and that’s partly because fewer people can afford to buy their homes today than they could before the recession. The low supply of rentals has created a situation where people who definitely can’t afford to buy are also priced out of renting.

Here’s how the report explains the impact of scarce affordable housing on low-income renters:

The report’s calculations back up its claim. Currently, an average American needs to earn $19.35 to afford rent on a two-bedroom unit. That’s a few dollars more than the $15.16 average hourly wage earned by the average American renters, and 2.5 times the federal minimum wage. It’s also more than the median hourly wage of the the average American worker, which is $17.09.  For 13 states home to cities with skyrocketing rents—including California, Washington, New York, and Virginia—a person would have to earn well above $20 per hour to afford a two-bedroom place.

Don’t ya think this is really messed up?   Plastic surgeons, sporting eventl coaches….

Yet, It’s a lot worse across the pond as a new form of Silent Weapons for Quiet Wars takes hold to flood countries and then conquer as they divide.

The Refugee Crisis: A European Call For Action

European leaders need to implement common European solutions to the refugee crisis. Only joint solutions can credibly and effectively reduce the growing human suffering and social and political turmoil. The refugee crisis poses a serious challenge, both to the welfare of refugees and to European societies. In 2015, more than 1.5 million migrants crossed into the European Union. From Italy to Poland, and from Greece to Germany, countries face immense challenges in responding to requests for humanitarian aid, asylum, and integration. The associated integration challenges in housing, language, work and welfare are already formidable. Failing to manage them properly poses serious threats to social cohesion and political stability.