Brought to you by NASA, Not A Space Agency

In spite of the decades long parade of propaganda to convince the public that obvious aircraft spraying is just “condensation”, the ongoing climate engineering cataclysm is becoming so horrific that the programmed denial is finally breaking down. The 15 minute video below is an exposé of the rapidly building momentum in the battle to expose the global geoengineering insanity. Our sincere gratitude to Co Creation Productions, Inc, for producing this video. (source)

Those in power have spent decades programming the public to accept the constant spraying of our skies. They have taken every imaginable measure to make the atrocities occurring over our heads a part of our consciousness, a “normal” feature in our field of vision.

Government agencies like NASA (that the population has been well trained to trust) have displayed completely criminal behavior by participating in the programming of the population. 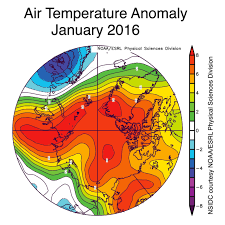 Again, they’re making us out as fools as the Arctic thaw is now in full meltdown. They even had to truck in snow for the finish of the Iditarod sled race because temps were 20-35 degrees above “normal”

The entire existence of sentient life is predicated on what is happening in the Arctic with its mass methane pool releases, and the Ocean warming, killing off all sea life as well as releasing under water mass seams of methane.

When methane gets into the air, it takes about 1 1/2 to 2 years to fully deploy and the 100X more toxic than C02 greenhouse effect is felt.  In 2007 began the first of the major releases as the Arctic tundra was exposed when temp raised so fast, snow that had been in place for hundreds of thousands of year began to defrost and melt.

Then in 2012 another massive release and then again in 2014, 2015 and now in 2016 the floodgates are in full methane blowouts, as record world temps are blowing the doors of hundreds of year records.

And the sheeple sleep.

WE are being played as fools as ads are making Geoengineering as “normal” skies.  Our kids will think it is “normal” because they rarely get to see a clear blue sky day anymore.

Yet, it may not even matter, in that it is looking like that we have less than one decade before Earth becomes inhospitable to most all life, especially humans.

And no one cares, no one speaks out, no one wants to know.

The Baby Doomers will soon have to face the havoc and insanity that over 40 years of “sky painting” has terraformed the Earth so that their is no more organic food, our healthy water as we breath Smart Dust, nanoparticulate matter as the spray aluminum, barium, strontium and even lithium in our skies overhead on a nearly daily basis

While the Geoengineer storms for CA up to the Arctic in a desperate attempt to “reArctify” with nucleated snow in the North to keep the methane releases at bay. They are using HAARP technology to blast the methane pool releases as they rise in projects like “Lucy”, “Alamo” and A.N.G.E.L.