Of course you cannot.

So how the Hell can you vote to empower the right to delegate a right to another (likely a complete stranger you only know through Mass Media presentation) …which you do not own?

…to confer, delegate or take away, the self-evident rights of another, to allow the person empowered to tax another without their consent or agreement or to spend your money on more war, bankster wealth by debt enslavement for generations and spraying us from the skies like insects? 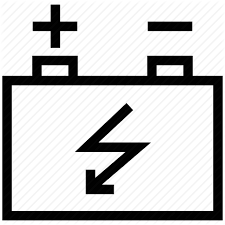 In a voting terminal or polling/poling station. In actuality, people are volting, no voting, because they are going to the polls which are the electric battery poles of positive (+) and negative (-) to place their volts on the candidate that they want to see out in charge.

The pole-atician that receives the most volts (“votes”) is the one that is going to be put into the position of power. It’s not called power politics for nothing.  https://tabublog.com/2015/12/28/5979/

Established in Article II, Section 1 of the U.S. Constitution, the Electoral College is the formal body which elects the President and Vice President of the United States. Each state has as many “electors” in the Electoral College as it has Representatives and Senators in the United States Congress, and the District of Columbia has three electors.

When voters go to the polls in a Presidential election, they actually are voting for the slate of electors vowing to cast their ballots for that ticket in the Electoral College.

An Elector is Not subject to exclusive legislative power of Congress. Almost anyone can become an elector. Does not have to be a registered voter or a party member.  Currently, there are 538 elector positions. It now takes 270 Electoral Votes to win the Presidential Election.

An Elector is Not subject to exclusive legislative power of Congress. Almost anyone can become an elector. Did not have to be a registered voter or a party member. Currently, there are 538 elector positions. It now takes 270 Electoral Votes to ‘win’ the Presidential Election.

Your Vote Doesn’t Count or Matter, it is the anonymous “Elector”, who you never meet or know who is put “in charge” of selecting/electing the P-resident of the corporation called the UNITED STATES OF AMERICA.

A free sovereign being is the sole author of his own authority. He can not delegate his sovereignty, or inherent rights thereof to another.

Elections are fraudulent in that empower another to take away inherent rights of another through En FORCE Ment.

5 thoughts on “A Message to All Who Believe They Vote for President; Can You Delegate A Right You Do Not Have?”