What it all means is it is time for people in LA and the San Fernando Valley to get out of town.

All the homes in the path of the gas leak are now contaminated with radiation.  It is on the roofs, on the sidewalks, the grass, the furniture in the backyards, children’s swings, sliding ponds, play toys and sand boxes outside.  It has drifted INSIDE those homes via open windows.

It’s on the floor where you walk into the house, on the chairs where you sit (after it fell on your clothes outside as you walked into the house).  It’s on your pillows in bed, after radiation got onto your hair outside, and on your bed sheets, from exposed body parts where radiation fell on them outside.  It’s everywhere.  (Source) 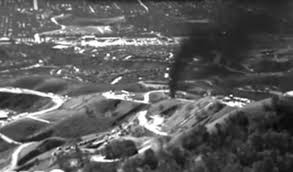 Y.O.Y.O. for Your’re On Your Own. The EPA won’t warn you, or call for mass evacuation. Obama AWOL. Congress…forgetaboutit…Big Oil will not allow this tragedy to be reported and effect other operations.

Folks, we are under assault from Man’s technology to kill off all life possible.

Fukishima, NOW LA ..yet no one seems to care…or even report on this, another ongoing mass tragedy affecting millions, if not billions.  Methane releases are 100% more toxic to the environment than C02,and the Fresno Porter Ranch leak is now being reported to contain other deadly toxins.

And there is no end in sight.  “Experts” are at a loss on how to stop the leaks and have only been making the grave problem worse…much worse for the foreseable future. If you have friends/family in the LA area, please alert them..because NO ONE ELSE WILL!

There is a Expanding NO FLY ZONE over the LA Basin because they do not want engine fuel to combust with Methane Releases!  Think about that! 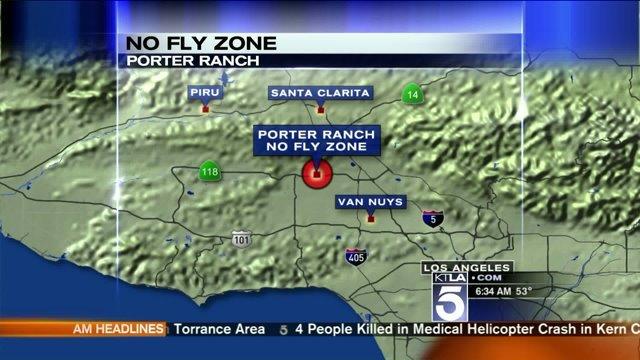 The rogue well is spewing huge amounts of Natural Gas and about 1.91 Curie an hour maximum of natural radioactive material in the natural gas. Not much, you think? That is about 45.95 Curies per day. It is a really, really Big leak of natural gas and the radiation it always carries. A Curie is a unit of measure used in the United States to describe very large radioactive releases easily and this is a very big radioactive release.

RADIATION Releases in LA Is More Toxic Than Revealed

According to experts from the International Association for Protection from Ionizing Rays (AIPRI) in France, lethal levels of naturally-occurring radiation are coming out of the well and people will die from that radiation.

The “methane” coming out of the well is usually called Natural Gas. It normally contains “natural radioactive materials” that are made in the inside of exploding stars. They are things like Uranium 238 and Radon which have been here since the planet was formed. They are in the very dirt of the Earth and thus are in natural gas, naturally. You can’t have one without the other.

Don’t believe us?  Buy your own little Geiger Counter and take some readings yourself.  Folks in the area where this gas is blowing will see radiation counts exceeding 2,000 counts-per-minute.  In some cases, exceeding that by many times.  Then ask the California Highway Patrol what their criteria is for a “Radiation Emergency?”  They’ll tell you “Any reading of 500 Counts-Per-Minute CPM or higher is considered a radiation emergency.”  It’s been their protocol for years.  Same thing with the LA Fire Department.  Ask them.  They’ll tell you

Why the public in Los Angeles is not being told this by authorities is simple to understand: They don’t want a panic on their hands and, more importantly, they don’t want business and industry to be shut down, costing jobs and billions in tax revenues to be lost.

AIPRI notes the rogue well is spewing huge amounts of Natural Gas and about 1.91 Curie an hour maximum of natural radioactive material in the natural gas. Not much, you think? That is about 45.95 Curies per day. It is a really, really big leak of natural gas and the radiation it always carries.

“In 80 days of viscous and gaseous fumes at a breakneck pace of 1.7 million m3 per day (1115 tons per day at a rate of 46 tons per hour escape from the underground storage), 136 million m3 Natural gas dispersed in the air could carry with them having TBq 301.24 (3,01E14 Bq) is 8.14 KCI natural radioactivity for respirable (breathable) emanation of 12.060 Million Sieverts is equivalent 2.41 million potential lethal doses by inhalation according to the same dose coefficients from the International Commission on Radiological Protection (ICRP).”

Recently, however, officials in California began to publicly acknowledge that the amount of gas spewing from the well had been dramatically under-estimated.  In fact, officials now admit that THREE TIMES AS MUCH GAS has been leaking as originally thought!

Using the same analysis from the AIPRI and the ICRP but with the newest numbers as to the amount of gas leaking, AIPRI amended their report to say the following:

Looks Like the World Health Org. is going to have to up its estimates

Global cancer rates to skyrocket by 70% over next 20 years

7 thoughts on “Heads Up! Warning To All LA Residents ~ Fast Increasing Toxicity from Methane Leak”