CBC News, Jan 22, 2016: Sea star wasting disease among worst wildlife die-offs say scientists; The mysterious wasting disease is still killing sea stars from Mexico to Alaska — The sea star wasting disease [is] hitting a bigger range of species over a larger area than originally thought. Scientists investigating the disease in the U.S. and Canada met in Seattle [and] agreed on the scale of the problem, said Dr. Martin Haulena, the veterinarian for the Vancouver Aquarium… “This is, if not the, certainly one of the biggest wildlife die-offs that have ever been recorded, and we’re not just talking marine die-offs.”… [It] has decimated the creatures from Alaska to Mexico… losing their limbs and turning to mush… “Recovery is not happening the way it should be, so I think it is still really bad.”… “It could be a disease that’s been in the system a long time, and something sparked an outbreak recently.”… Any die-off of this magnitude is a major concern, said  [the experts]… And there are many more species… that are getting sick, said Haulena, as well as possible signs of disease in sea urchins and sea cucumbers… “to put it in context — yeah, it’s a really big deal.”

KING 5 News, Jan 20, 2016: Biologists are calling the mass death of west coast sea stars the worst wildlife die-off ever recorded… [Scientists are] calling it the largest wildlife die-off ever recorded… The virus causes the sea star reproductive system to swell. They believe environmental factors are aggravating the issue… Experts are also discussing whether it’s time to list the species as endangered… “They’ve gone from being one of the most common species in the Puget Sound to 2-3 years later, being incredibly hard to find,” Lesanna Lahner said… Now, experts are talking about whether sea stars should be listed as endangered.

Ian Hewson, biological oceanographer, Jan 20, 2016: “No pathogen has ever wiped out its host population without being pushed significantly by some other environmental factor… This is the single largest, most-geographically widespread marine disease that’s ever been recorded.”

KING 5 News transcript, Jan 20, 2016: Biologists are calling the mass death of West Coast sea stars the worst wildlife die-off ever recorded… [Scientists are trying] to save sea stars from extinction… the disease has eerily wiped out sea stars up the entire West Coast… [Unidentified scientist:] “Is it some sort of a toxin that’s there?”… it doesn’t affect sea sars the same way, that means it probably has environmental causes… One major observation [is] infected sea star reproductive systems are inflamed… It’s already started to change the ecosystem… Some species already face the possibility of extinction… The next step in research is biologists are focusing the efforts on what exactly may have changed in the environment to trigger the sea star die-off. 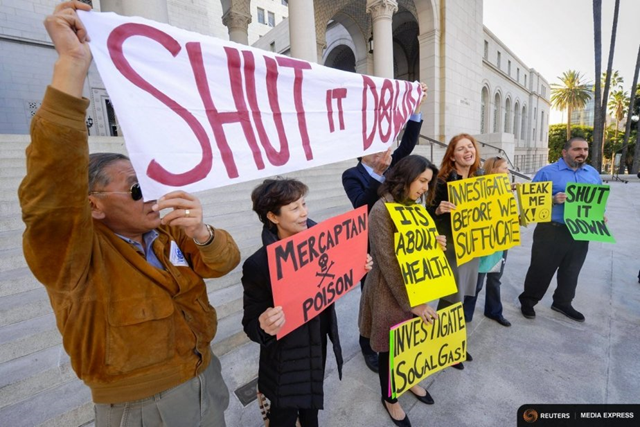 In a cashless society, those that run the computers rule over all. With physical currency, gold, etc. one has at least a stake in managing their money assets, when banks rule the electronic world, where using plastic = money, we are all in big time trouble.

By the end of 2017, the REAL ID will be implemented countrywide in the U.S. and no one will be able to enter a federal building, banak or fly on a plane without

Citing the “dangers and disadvantages” of cash, DNB Bank has called for it to be completely phased out. Norway’s largest bank, DNB, has said that cash has fallen out of favour with everyday Norwegians and is instead primarily used on the black market and in laundering schemes.

This Is What The Death Of A Nation Looks Like: Venezuela Prepares For 720% Hyperinflation

According to the latest IMF estimate, Venezuela’s consumer inflation, already the world’s highest, will triple this year to a level above all estimates from economists surveyed by Bloomberg.

This is because the IMF, which until recently had predicted “only” 204% inflation for Venezuela, already higher than the 140% consensus, revised its numbers and now sees a mindblowing 750% hyperinflation in 2016: this means that the average price of products and services will increase over eight times over the span of the next 12 months.

Bloomberg reports that inflation will surge to 720 percent in 2016 from 275 percent last year, according to a note published by the IMF’s Western Hemisphere Director, Alejandro Werner. That’s nearly quadruple the median 184 percent estimate from 12 economists surveyed by Bloomberg, and exceeding the highest forecast of 700 percent from Nomura Securities.

Venezuela’s central bank published economic statistics Jan. 15 for the first time in a year, confirming that inflation had reached triple digits and closed the third quarter at 141.5 percent on an annual basis. As of December 2014, the last time data was released, inflation was 68.5 percent.

It has gotten so surreal, that the local central bank accused websites that track the dollar’s street value of “destroying prices” and installing a “savage” form of capitalism in the country, adding that 60 percent of inflation was the result of currency manipulation.

Whatever the cause, the reality is that real inflation is even worse, and when charted, this is what the death of a sovereign nation looks as follows (this does not assume a sovereign bankruptcy; when that happens the hyperinflation will really take off):

And when described with words:

Spiking prices and widespread shortages for even staples have driven discontent in Venezuela. That helped spur the opposition to gain control of Congress for the first time in a decade as President Nicolas Maduro attempts to turn the tide of what he has deemed an “economic emergency.”

“A lack of hard currency has led to scarcity of intermediate goods and to widespread shortages of essential goods — including food — exacting a tragic toll,” Werner said. “Prices continue to spiral out of control.