Since 1st grade, we have all been sold that oil is 1) a finite resource and 2) comes from fossils of dinosaurs and the like that have been underground, under pressure, heated up, for millions of years.

That is how oil is made, we have been sold.

Over the past decade, we have been told that we are running out of oil.

It is the 2nd most abundant liquid on Earth and another huge lie created by …..the Rockefeller’s….in 1892, when they controlled the Organic Substances Convention in Geneva, Switzerland (home state of the Rothschilds). 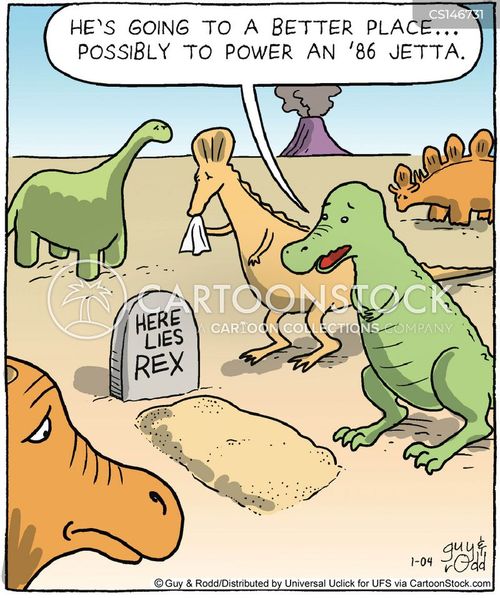 A critical takeaway from this short interview is how Kissinger, et. al have been so completely successful in programming hard core, top college graduate geologists and the like for over a century now, without anyone questioning the basic assumption of “fossil fuel”.

Jul. 2011; Oil prices and inflation set to skyrocket across the world — IMF

Myth #5.    Corruption has little impact on the “oil market”
Many books have been written on this topic, such as: The Oil Card (stock market manipulation), The Energy Non Crisis (intentional limitation of oil supplies), and See No Evil (corrupt CIA/oil company alliance). Perhaps the most important exposé on corruption in the oil industry is Gary Allen’s The Rockefeller File. The Rockefeller family has done more to control and corrupt the oil industry than any other force and Mr. Allen offers enough documentation to indict them. Unfortunately our current justice system seems to be non-functioning regarding powerful families and corporate crimes.

After the Rockefellers, the next largest stockholder in Standard Oil was I.G. Farben, the giant German chemical company. This investment was part of a pattern of reciprocal investments between the U.S. and Germany during the Nazi years. During the Great Depression, Germany was viewed as a hot area in which to invest.

A brief aside is required here to explain what type of company I.G. Farben actually was. At the time, it was the world’s largest chemical company and through the talents of its scientists and engineers, it secured the vital self-sufficiency that was to enable Germany to maneuver in the world of power politics. From its laboratories and factories flowed the strategic raw materials that Germany’s own territory could not supply, the synthetics of oil, gasoline, rubber, nitrates, and fibers.

In fact, without the explicit help of Standard Oil, the Nazi air force would never have gotten off the ground in the first place. The planes that made up the Luftwaffe needed tetraethyl lead gasoline in order to fly. At the time, only Standard Oil, Du Pont, and General Motors had the ability to produce this vital substance. In 1938, Walter C. Teagle, then president of Standard Oil, helped Hermann Schmitz of I.G. Farben to acquire 500 tons of tetraethyl lead from Ethyl, a British Standard subsidiary. A year later, Schmitz returned to London and obtained an additional 15 million dollars worth of tetraethyl lead which was to be turned into aviation gasoline back in Germany.

After the war began in Europe, the English became angry about U.S. shipments of strategic materials to Nazi Germany. Standard Oil immediately changed the registration of their entire fleet to Panamanian to avoid British search or seizure. These ships continued to carry oil to Tenerife in the Canary Islands, where they refueled and siphoned oil to German tankers for shipment to Hamburg.

This deception was exposed on March 31, 1941 when the U.S. State Department issued a detailed report on refueling stations in Mexico and Central and South America that were suspected of furnishing oil to Italian and German merchant vessels. The report listed Standard Oil of New Jersey and Standard Oil of California among those fueling enemy ships, but there is no record of any action being taken as a result of this discovery. Similar deals between Standard Oil and the Japanese government for the purchase of tetraethyl lead have also been uncovered, but no direct action was ever taken against Standard Oil for its dealings with America’s enemies. A brief side note, however, is that on April 17, l945 the Chase National Bank was placed on trial in federal court on charges of having violated the Trading With the Enemy Act by converting German marks into U.S. dollars. Because many countries refused to accept German currency during the war, the Nazis used foreign banks like Chase National to change the currency into money that would be accepted, and thus allowed them to purchase much need materials to prolong the war. The closer one looks, the more ties one finds between American business and Nazi Germany, many of which remained strong well into and beyond the war.

Fear and Lies.  Profits and Controls.

Interesting whitepaper on the topic: http://www.viewzone.com/abioticoilx.html

The abiotic oil formation theory suggests that crude oil is the result of naturally occurring and possibly ongoing geological processes. This theory was developed in the Soviet Union during the Cold War, as the Union needed to be self sufficient in terms of producing its own energy. The science behind the theory is sound and is based on experimental evidence in both the laboratory and in the field. This theory has helped to identify and therefore develop large numbers of gas and oil deposits. Examples of such fields are the South Khylchuyu field and the controversial Sakhalin II field.

In its simplest form, the theory is that carbon present in the magma beneath the crust reacts with hydrogen to form methane as well as a raft of other mainly alkane hydrocarbons. The reactions are more complicated than this, with several intermediate stages. Particular mineral rocks such as granite and other silicon based rocks act as catalysts, which speed up the reaction without actually becoming involved or consumed in the process.

Experiments have shown that under extreme conditions of heat and pressure it is possible to convert iron oxide, calcium carbonate and water into methane, with hydrocarbons containing up to 10 carbon atoms being produced by Russian scientists last century and confirmed in recent US experiments. The absence of large quantities of free gaseous oxygen in the magma prevents the hydrocarbons from burning and therefore forming the lower energy state molecule carbon dioxide. The conditions present in the Earth’s mantle would easily be sufficient for these small hydrocarbon chains to polymerise into the longer chain molecules found in crude oil.

Vladimir Kutcherov adds that there is no way that fossil oil, with the help of gravity or other forces, could have seeped down to a depth of 10.5 kilometers in the state of Texas, for example, which is rich in oil deposits. As Vladimir Kutcherov sees it, this is further proof, alongside his own research findings, of the genesis of these energy sources — that they can be created in other ways than via fossils. This has long been a matter of lively discussion among scientists.

“There is no doubt that our research proves that crude oil and natural gas are generated without the involvement of fossils. All types of bedrock can serve as reservoirs of oil,” says Vladimir Kutcherov, who adds that this is true of land areas that have not yet been prospected for these energy sources.

But the discovery has more benefits. The degree of accuracy in finding oil is enhanced dramatically — from 20 to 70 percent. Since drilling for oil and natural gas is a very expensive process, the cost picture will be radically altered for petroleum companies, and in the end probably for consumers as well.

“The savings will be in the many billions,” says Vladimir Kutcherov.

To identify where it is worthwhile to drill for natural gas and oil, Vladimir Kutcherov has used his research to arrive at a new method. It involves dividing the globe into a finely meshed grid. The grid corresponds to fissures, so-called ‘migration channels,’ through underlying layers under the surface of the earth. Wherever these fissures meet, it is suitable to drill.

According to Vladimir Kutcherov, these research findings are extremely important, not least as 61 percent of the world’s energy consumption derives from crude oil and natural gas.

The next step in this research work will involve more experiments, but above all refining the method will make it easier to find places where it is suitable to drill for oil and natural gas.