“You’re either at the Table or On the Table. “

“You Prey or Pray”

He’s not Tom Cruise, but he starred in the biggest production of 2012. The $500 Million Newtown hoax featured Hollywood actor David Wheeler:

Wheeler plays the father of (fictional) “Benjamin Wheeler,” a child gunned down in the Newtown CT “school shooting.” But Newtown isn’t Wheeler’s first gun movie. In the 2001 movie FAITHFUL, David Cole Wheeler plays a character who cannot decide whether to hang himself or shoot himself in the head. These people are as treasonous and seditious as those that employ their services to subvert the constitution disarm the country. These people are the lowest life forms, selling out their countryman for financial gain. Luckily for them they haven’t heeded the words of Vladimir Lenin calling co-conspirators “useful idiots” and the people would “sell us the rope with which to hang them.” He used the people to get what he wanted, but in the end the people got the downfall of it all.

NoBODY Died at Sandy Hook; The Book that was Banned by Amazon, Barnes & Noble, et. al. 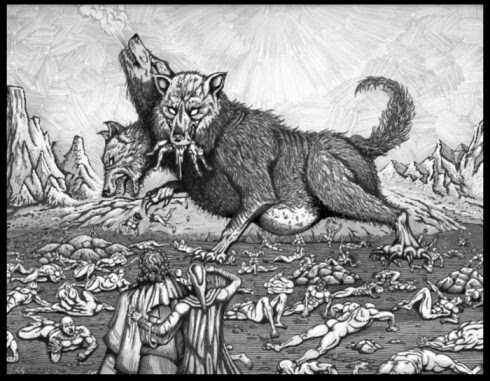 Cerberus Capital Management; The Big Dog that Hunts and Preys

“In recent years, many top-selling brands — including the 195-year-old Remington Arms, as well as Bushmaster Firearms and DPMS, leading makers of military-style semiautomatic — have quietly passed into the hands of a single private company. It is called the Freedom Group — and it is the most powerful and mysterious force in the American commercial gun industry today.

Never heard of it?

You’re not alone. Even within gun circles, the Freedom Group is something of an enigma. Its rise has been so swift that it has become the subject of wild speculation and grassy-knoll conspiracy theories. In the realm of consumer rifles and shotguns — long guns, in the trade — it is unrivaled in its size and reach. By its own count, the Freedom Group sold 1.2 million long guns and 2.6 billion rounds of ammunition in the 12 months ended March 2010, the most recent year for which figures are publicly available.

Behind this giant is Cerberus Capital Management, the private investment company that first came to widespread attention when it acquired Chrysler in 2007. (Chrysler later had to be rescued by taxpayers). With far less fanfare, Cerberus, through the Freedom Group, has been buying big names in guns and ammo.

From its headquarters on Park Avenue in Midtown Manhattan, Cerberus has assembled a remarkable arsenal. It began with Bushmaster, which until recently was based here in Maine. Unlike military counterparts like automatic M-16’s, rifles like those from Bushmaster don’t spray bullets with one trigger pull. But, with gas-powered mechanisms, semiautomatic can fire rapid follow-up shots as fast as the trigger can be squeezed. They are often called “black guns” because of their color. The police tied a Bushmaster XM15 rifle to shootings in the Washington sniper case in 2002.

After Bushmaster, the Freedom Group moved in on Remington, which traces its history to the days of flintlocks and today is supplying M24 sniper rifles to the government of Afghanistan and making handguns for the first time in decades. The group has also acquired Marlin Firearms, which turned out a special model for Annie Oakley, as well as Dakota Arms, a maker of high-end big-game rifles. It has bought DPMS Firearms, another maker of semiautomatic, military-style rifles, as well as manufacturers of ammunition and tactical clothing.

Freedom Group has expanded its sales staff in the United States and increased its business internationally. It has sold weapons to the governments of Afghanistan, Thailand, Mexico and Malaysia, among others, and obtained new business from the United States Army, including a contract worth up to $28.2 million, to upgrade the M24 sniper weapon system.

“We believe our scale and product breadth are unmatched within the industry,” the Freedom Group said in a filing last year with the Securities and Exchange Commission” (Source)

Directly following the Sandy Hook incident, Cerberus loudly announced they were selling the Freedom Group division because “it is the right thing to do”.

“Private equity firm Cerberus Capital Management announced today that it plans to sell off its investment in gun maker Freedom Group, the manufacturer of the rifle that Adam Lanza is said to have used in the Newtown shootings that killed 20 children and seven adults.

“It is apparent that the Sandy Hook tragedy was a watershed event that has raised the national debate on gun control to an unprecedented level,” the firm said in a statement announcing the decision. More from the Cerberus:

As a Firm, we are investors, not statesmen or policy makers. Our role is to make investments on behalf of our clients who are comprised of the pension plans of firemen, teachers, policemen and other municipal workers and unions, endowments, and other institutions and individuals. It is not our role to take positions, or attempt to shape or influence the gun control policy debate. That is the job of our federal and state legislators.

There are, however, actions that we as a firm can take. Accordingly, we have determined to immediately engage in a formal process to sell our investment in Freedom Group. We will retain a financial advisor to design and execute a process to sell our interests in Freedom Group, and we will then return that capital to our investors. We believe that this decision allows us to meet our obligations to the investors whose interests we are entrusted to protect without being drawn into the national debate that is more properly pursued by those with the formal charter and public responsibility to do so.  (Source)

Over a year since the alleged shootings at Sandy Hook, Cerberus still has not found a buyer for Freedom Group nor made any sales of its gun divisions partly due to business being so damn good since the likely false flag event was staged.

“Business has boomed for Freedom Group in the year since the mass shooting at Sandy Hook Elementary. Between January and the end of September, the company raked in $94 million in profits on more than $1 billion in gun and ammo sales, compared with just $500,000 in net profits during the same period in 2012. For the full year ending December 31, Freedom Group estimates that its net sales will be up 34 percent to $1.25 billion, according to a financial disclosure (PDF) released Monday.  Though Freedom Group doesn’t release sales figures specifically for the Bushmaster XM-15 assault rifle, that weapon and similar models reportedly flew off retailers’ shelves in the weeks after Sandy Hook, snatched up by firearms enthusiasts who feared the guns would soon be outlawed.

“It’s difficult because we represent the futures of teachers. Teachers were killed at Sandy Hook, and that gun was made by a company that we partially own.”

According to the Freedom Group’s third quarter report, this year’s earnings spike came primarily from a $42 million bump in sales of “centerfire rifles,” a category which includes the XM-15. The report further notes that Freedom Group’s leading sellers were “modern sporting rifles”—the firearms industry’s euphemism for assault weapons. “Consumer concern over more restrictive governmental regulation on the federal, state, and local levels has contributed to this increase in demand,” the report says. The company would have sold even more guns, the report adds, if not for “sales demand being greater than our current production capacity in many categories.” (Source)

Soooo coincidentally, Martin Feinberg, the father of CEO of Cerberus, Stephen Feinberg, is a long time resident in Newton, Ct. living about 6 miles from where Sandy Hook Elementary School was located. (Source)

Additionally, in 2013, Connecticut became the first state in America that has made it a felony this year if gun owners do not register their guns.

The law has been characterized as one of the most restrictive in the nation.  It bans over 100 firearm models outright, bans magazines that hold more than 10 rounds, bans certain bullets, and expands the definition of “assault weapons“   It also prohibits private sales of guns without reporting to the government and creates a database of people denied their rights without due process (medical reasons).

While exempting government agents from the restrictions, it increases the penalties for anyone who breaks these onerous requirements.  It also places these individuals into a “deadly weapon offender registry” for life as they suffer as lifelong felons. The state also dedicated $ 1 million for statewide firearms trafficking task force.

Connecting the dots we see the guardian of the Gates of Hades, Cerberus Capital Management having acquired significant controlling interest in the nation’s food and personal protection. Combined with California’s historical “no mas agua”, should civil unrest begin in earnest this summer or beyond, they will also have a controlling interest in who gets fed and who does not.

In addition, they also control a large part of who get guns. ammo and personal protection in the near and distant future.

And I hope the irony is not lost on anyone that still, the single largest investor in Cerberus and its massive gun business, is the California Teachers Retirement Pension Fund.