To weaken the moral fiber of the nation and to demoralize workers in the labor class by creating mass unemployment. As jobs dwindle due to the post industrial zero growth policies introduced by the Club of Rome, the report envisages demoralized and discouraged workers resorting to alcohol and drugs.

The youth of the land will be encouraged by means of rock music and drugs to rebel against the status quo, thus undermining and eventually destroying the family unit. In this regard, the Committee commissioned Tavistock Institute to prepare a blueprint as to how this could be achieved. Tavistock directed Stanford Research to undertake the work under the direction of Professor Willis Harmon. This work later became known as the “Aquarian Conspiracy”.  (Source)

—Targets of the Illuminati and the Committee of 300 by Dr. John Coleman.

“Do No Evil” used to be Google’s overall mission statement.  No more. They have done away with that.

It’s pure evil from Google Glasses that attach to the temple of your brain to alter, and monitor, your brain wave frequencies, to the partnering with the likes of Ray Kurzweil to create the “beehive mind” where all think and act, and ultimately controlled, buy central source.

This not only helps degradation of women, and society as a whole, but also promotes sexual child abuse of our children.

It destroys relationships by replacing natural love making with virtual, fantasy sex with an image on a screen.

It is not only the Internet service providers, it is our government who wholly encourages this type of access while they take away all other rights we used to enjoy.

And is controlled, run and operated by the hofjuden (court Jews) who answer directly to the Black Pope of the Society of Jesus. (Jesuits.)

How messed up is that?

What a F-up’d world we live in, but are not of.

Child pornography is one of the fastest growing businesses

Internet pornography by the numbers; a significant threat to society 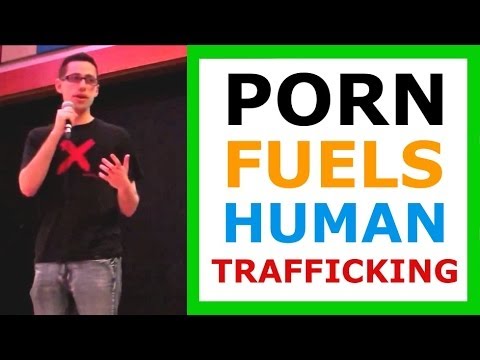 The New “Normal”?  Be like Bruce?
Taking one of the greatest athletes and turning him into her, for all to “emulate”.

The Tavistock Institute is a Jesuit controlled Mind Altering Think Tank that is used to manipulate and control what the masses think, feel and do.