Big Heads Up All.

Food supplies around the world are in peril, California, which has supplied over 40% of much domestic food and produce are seeing their food crops die off in a matter of weeks.

These photos I took last Saturday, Aug. 15th, along Interstate Highway 5 about 120 miles North of Sacramento in the “Bread Basket” of the California heartland.   We saw hundreds and hundreds of acres of corn, almost full ears, dead within the past two weeks as well as large acreage of crop loss of Sunflowers, that had already full flowered, dead as well, like some one had turned their DNA off.

A friend reported he saw the same things happening along Highway 80 in Vacaville and Sacramento, CA.

School entrains us to be mostly left brain, analytical thinkning, task specific. Connecting dots into Big Picture, wholistic thinking is more a right brain hemisphere activity.  Most will not understand the immediacy to secure personal and local food supplies as extreme heat across the West continues without let up.

Two Fish were swimming in the ocean. One says to the other, “kinda a murky water today”. Other fish replies, “what water?”.

20 miles N on Highway 5, one hour North of Sacramento. Corn Stalks are full, ears of corn 2-4 inches about three weeks before harvest and all crop has just died. As Far as the eye can see.  Hundreds and hundreds of acres. Little to No Food Production in the “Food Basket of America.”

In addition this past two weeks of news.

Egg prices in N. Ca have doubled in a matter of weeks. 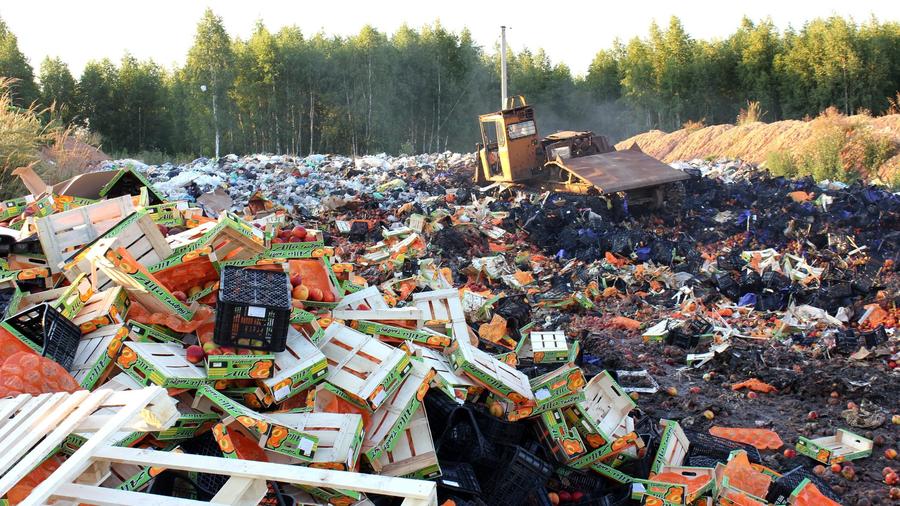 This news is little being reported in Western media as Russians are being starved once more.  Are we seeing the Bolshevik Revolution Redux where tens of millions of Russians were starved to death by Joseph Stalin?

Russian President Vladimir Putin’s latest show of defiance against Western adversaries has deployed bulldozers, steamrollers and tractors to destroy hundreds of tons of illegally imported food in televised spectacles that some of his own countrymen are calling absurd and grotesque.

In a country where millions starved in the 1930s when the Soviet Union’s communist rulers forced collectivized agriculture on the peasantry, the Kremlin’s highly publicized enforcement of its year-old ban on European Union food imports is stirring protest among advocates of the poor and those with memories of Soviet-era shortages.

Since Putin’s Aug. 6 decree ordering destruction of illegally imported foods seized by customs inspectors, Russian state television has shown track-wheeled bulldozers driving over and crushing tons of fruits and vegetables and leaving the mashed garbage rotting in the summer sun.
See the most-read stories this hour >>

Young women acting as patriotic enforcers have shown up at gourmet food stores in the capital sporting T-shirts with the message “Eat Russian” and slapping any offending produce with stickers reading “Sanctioned Product!”

Russian Agriculture Minister Aleksandr Tkachev has defended the destruction and called for speeding it up by deploying mobile food “crematoria” to border checkpoints. He also argues that destroying the seized food prevents corruption among agents who could abuse their position to sell the contraband or consume it themselves.

Kremlin spokesman Dmitry Peskov has signaled that the destruction policy is likely to continue in spite of public opposition. The images of burning and bulldozed food may be “unpleasant” for some, he said, but added that the seized foods are often of unknown origin, purity and freshness, potentially posing a health risk if consumed.

Russia a year ago banned the import of food and agricultural products from the European Union, in retaliation for the 28-nation alliance’s sanctions imposed on Russia for its March 2014 seizure and annexation of Ukraine’s Crimean peninsula. The United States, Canada, Australia and Norway are also subject to Moscow’s import ban but had much smaller shares of the Russian market than did their European Union allies.

The decree includes detailed plans to destroy embargoed “agricultural products, raw materials and food products,” from the United States, the European Union, Australia, Canada and Norway if they are found being smuggled into Russian territory.

Customs officers are expected to seize mountains of important cheese, beef, carrots, etc., which will be thrown into incinerators beginning Aug. 6, The Telegraph reported.

“Unfortunately the amount of products arriving here in violation of the Russian embargo is actively increasing,” Dmitry Peskov, Mr. Putin’s spokesman, said in comments carried by Russian media. “These products and goods are on Russian territory illegally and we are obliged to take action to stop it. Any contraband is harmful,” he said.

The import bans were part of sanctions imposed in 2014 in response to Western sanctions on Russia following the crisis in Ukraine. The food bans have greatly affected the lives of Russian citizens who were among the largest importers of European goods.

The embargo was recently extended for another year until August 2016.

The ban covers fresh fruit and vegetables, dairy products, fish, and most meat. Exemptions from the ban include alcoholic beverages, cured meats and cereal products. Food brought in by individuals for their personal use is also exempt, The Telegraph reported.

The decree says that the destruction of the goods must take place in the presence of at least two “disinterested persons” and be photographed and filmed with images showing the time and date of destruction.

Holocaust by hunger: The truth behind Stalin’s Great Famine

About 10 years ago, baby oysters, or spat, began to die at an alarming rate. Farms along the West Coast lost more than half of their bivalves before they reached maturity, creating a shortage of seed. That deficit hit Hog Island Oyster Co. in Marshall especially hard.

So owners Terry Sawyer and John Finger began collaborating with UC Davis’ Bodega Marine Laboratory to figure out what was plaguing the water in Tomales Bay, their backyard.

After more than two years of tests, they have a better understanding of the condition afflicting West Coast oysters, mussels and clams. But there is trouble ahead for California’s shellfish industry as it faces the threat of species extinction.

On my ranch, fruit trees are dying quick deaths.  Here is just one example of a fruited apple tree, just weeks from full fruition with half the tree dead, half fruiting. This is happening to many orchards around the area as well.

Though we are in the greatest drought in CA history, my trees are/were 60+ yrs. old and have been dry farmed with great water springs still flowing well beneath them, which should eliminate drought being the sole cause.

Additionally, it is important to know and understand, as the world heats up, plants will not photosynthesize when temperatures go above 104 F degrees.  Rothschild owned Weather Channel is no regularly under reporting high temperatures by 5 -10 degrees as well as you can read here

Geoengineering And The Loss Of Photosynthesis

The main reason for such sudden collapse die off is due to the mass UVB radiation now entering Earth’s atmosphere as our recordings of UVB are registering 1,000% above what the EPA says the levels are. You can see our tests recorded in this must watch video.

The Rich People, headed by Bill Gates, built a “Doomsday Seed Vault” in 2007 that now houses heirloom seeds in a huge vault, costing over $100 million to build, in Norway.  Conspiracy or Coincidence?

“Doomsday Seed Vault” in the Arctic

Bill Gates, Rockefeller and the GMO giants know something we don’t

Seed sharing is illegal in nearly 30% of US states

The Greatest Geoengineering Experiment Ever Attempted, And Why We Must Stop it NOW!

Could Northern California’s “Wildfires” Be Directly Related To Geoengineering?