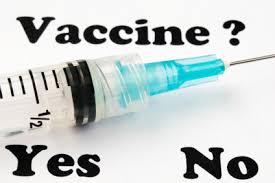 Once again residents of California are under attack. Besides the 5th straight year of record drought, increased citizen asset forfeitures by corrupt police departments (source) and random unconstitutional check points on our roadways, CA Senator Boxer is now proposing that all children have mandatory vaccinations, or not be allowed to attend public or private schools in the state come Fall 2015.

This was quickly followed by an all out national media blitz campaign attack to label those of us who exercise our inherent rights to determine what is best for our children, as dangerous to society.

I created this website for our local community to initiate an unbiased, open sourced, educational center as well as stimulate discussion and dialogue amongst our community members.

This site can be used by all who would like to weigh both sides of the debate and decide for themselves.  Send it out to family and friends so they can get educated as well.

Here is an excellent article discussing the philosophical debate by a M.D., as to what are our rights and what may follow if the state declares they have superior jurisdiction over your child’s health and well being going forward.

Guest Post: How Vaccine Hysteria Could Spark A Totalitarian Nightmare

So, I’ve been asked, “Why not vaccinate your children? Why not take the influenza vaccine?” Well, I believe the choice is up to you. I’ve covered my thinking about the influenza vaccine in an article in the Journal of the Association of American Physicians and Surgeons, available online, but here are some facts about childhood vaccines that make me think twice about their use. I traced these points back to the source, so these are not blindly reprinted from hearsay Internet articles. In some cases I found public references to be wrong but the data to be correct when I got to the source. Much of this comes from government reporting. Anyone can research disease incidence by reading MMWR (Morbidity and Mortality Weekly Report) from the CDC and accessing the search engine for VAERS (Vaccine complication reporting site) at http://www.medalerts.org/vaersdb/index.php.

1. Since 2005 (and even before that), there have been no deaths in the U.S. from measles, but there have been 86 deaths from MMR vaccine – 68 of them in children under 3 years old. And there were nearly 2,000 disabled.2. In countries which use BCG vaccinations against tuberculosis, the incidence of Type I diabetes in children under 14 is nearly double. (“Infectious Disease in Clinical Practice” no. 6 pages 449-454, 1997)3. As reported in Lancet in 1995, inflammatory bowel disease (i.e. Crohn’s and ulcerative colitis) is 13 times more prevalent in persons vaccinated for measles.

4. In a nested case-control study within the General Practice Research Database (GPRD) in the United Kingdom, patients who had a first MS (Multiple Sclerosis) diagnosis recorded were compared with controls. The authors concluded that immunization with the recombinant hepatitis B vaccine is associated with a threefold increased risk of developing MS (Hernan et al., 2004). No increased risk of MS was associated with other vaccines, which included tetanus and influenza vaccinations.

5. In 1982 William Torch, a prolific researcher and publisher on Neurologic topics, presented a paper (later published) at the American Academy of Neurology reviewing SIDS deaths. He reported that in 100 consecutive cases, 70 percent of SIDS deaths occurred within three weeks of pertussis vaccination. In very convincing confirmation, a Japanese prefecture stopped vaccinating after associating SIDS with the pertussis vaccine. It is worth reading the entire description from Viera Scheibner, PhD:

In 1975, about 37 Crib Sudden Deaths were linked to vaccination in Japan. Doctors in one prefecture boycotted vaccinations, and refused to vaccinate. The Japanese government paid attention and stopped vaccinating children below the age of 2 years. When immunization was delayed until a child was 24 months of age, Sudden Infant Death cases and claims for vaccine related deaths disappeared. Japan zoomed from a high 17th place in infant mortality rate to the lowest infant mortality rate in the world when they stopped vaccinating. Japan didn’t vaccinate any children below the age of 2 years between 1975 and 1988, for 13 years. But then in 1988, Japanese parents were given the choice to start vaccinating anywhere between 3 months and 48 months. The Ministry study group studied 2,720 SIDS cases occurring between 1980 and 1992 and they established that their very low SIDS rate quadrupled.

6. A mail survey was done of 635 children in the Netherlands in 2004. German measles and whooping cough (pertussis) were twice as common in unvaccinated children. However, throat inflammations, ear infections, rheumatologic complaints, seizures and febrile convulsions were much more common in the vaccinated group. Aggressive behavioral episodes were eight times more frequent in vaccinated children, and sleep disordered more often. Tonsils were removed in 33 percent of children who had been vaccinated vs. 7.3 percent unvaccinated.

In 1991, after reviewing vaccine safety, the Institute of Medicine admitted, “In the course of its review, the committee encountered many gaps and limitations in knowledge bearing directly or indirectly on the safety of vaccines. These include inadequate understanding of the biologic mechanisms underlying adverse events following natural infection or immunization, insufficient or inconsistent information from case reports and case series, inadequate size or length of followup of many population based epidemiologic studies [and] few experimental studies published in relation to the number of epidemiologic studies published.”

So the next question is: Does vaccination work? Does it really protect you against disease? The answer is variable. Smallpox vaccine seems to be nearly universally protective against the very fatal disease of smallpox, and use of vaccine led to the eradication of the disease in the wild. But the dirty little secret in recent outbreaks of mumps, measles and pertussis is – they are occurring in vaccinated people in highly vaccinated populations!

In 2006 an epidemic of mumps broke out in my state of Iowa. Ultimately, 11 states reported 2,597 cases of mumps. The majority of mumps cases (1,487) were reported from Iowa. As reported in “Mumps Epidemic – Iowa, 2006,” “Despite control efforts and a highly vaccinated population, this epidemic has spread across Iowa and potentially to neighboring states.”