GIVE THE GIFT
OF TRUTH
THIS CHRISTMAS

The worst-case scenario following the Fukushima meltdown – evacuating everybody within a 250-kilometre radius of the site (including Tokyo’s 50 million inhabitants), almost came to pass.

And that’s not the opinion of a scientist with a point to make, it’s Naoto Kan, former Japanese Prime Minister and now anti-nuclear advocate.

This collection of 20 essays on both the disaster (far worse than Chernobyl) and the dangers of nuclear energy contains some startling facts. The sheer volume of radio-activity released into the atmosphere after Fukushima was 500 times higher than Hiroshima.

The media and politicians, says Helen Caldicott, showed “woeful ignorance” of radiation. She organised a symposium in New York in 2013 and this is the outcome. The essays examine the long lasting fall-out and highlight the consequences for the nuclear industry.

Please just read the opening pages of Dr. Caldicott’s must read book about all life on the planets very dangerous future.  It’s all laid out in the her Introduction.

The book cites many experts who cannot find a voice to overcome the coordinated mass coverup of the biggest threat to all our children’s lives for the very long term.

What is most disturbing is how this radiation effects, and will affect our children the most for generations and generations to come while the world remains silent.

The book details what really happened; 3 full core meltdowns in March 2011. The cover-up that continues today, the bio-accumilations of the oceans by radioactive toxicity into the our oceans, air and soil, the mass fuel storage problem for tens of thousands of years to come, the radiation in fish increasing over the years and decades ahead,  and the willful IGNOR-ance by the masses because people in power are owned by the likes of GE and General Dynamics, who make nuclear plants, advise and fund the Presidency. 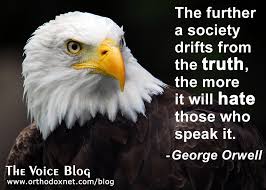 Runner up Book for Xmas

This review is from: Monumental Myths of the Modern Medical Mafia and Mainstream Media and the Multitude of Lying Liars That Manufactured Them (Paperback)
Ty Bollinger has done us all a great service in writing this book, Monumental Myths. He pulls no punches. He hits hard and has collected data from a wide range of sources that pokes multiple holes in the carefully crafted media, medicine and government’s stories about large events and issues of the 20th century.
Our media has become the mouth piece of the elites and our corrupt government through their Edward Bernase use of propaganda. The 4th estate has truly become a 5th column. If you are ready to pull your head out of the sand and quit watching the nightly news that in no way informs in an objective manner, then you must read this book and ponder each chapter then go to the source material listed at the end of each chapter.
If you are open minded enough to do this, as Morpheus said in “The Matrix” you will have taken the red pill, and then you can “see how deep the rabbit hole goes”… I personally have awakened gradually over the last many decades, finally overcoming my desire for ‘social acceptance’ and instead have opted for the Truth. Ty Bollinger speaks the Truth.