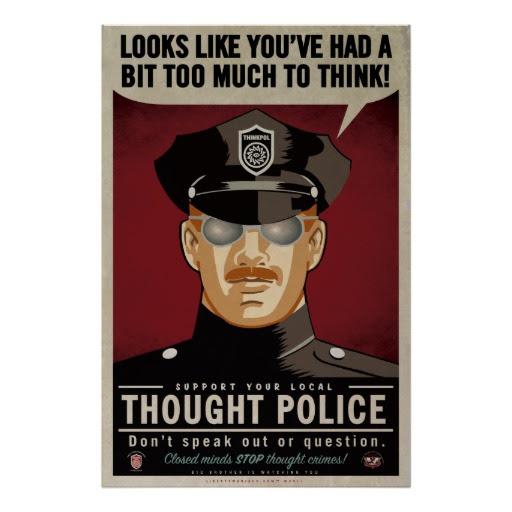 President Obama called 2014 as a “year of action,” and he acknowledged those plans include more executive action…..“ — with Congress, on my own, and with everyone willing to play their part,” Mr. Obama said in his weekly address.  Jan. 10, 2014.

Given the fact that the presstitutes are not only NOT challenging President/Dictator Obama’s latest and greatest declaration of sole authority over all in this country, the press is bending over backwards to praise his latest dictatorial actions, while helping bury civil rights, or what’s left of our rights in this country.

And Congress’ silence on Obama’s sole authority to decide and make law in this country is also complicit by their willful silence reigning in his totalitarian use of power to do what he wants, when he wants, how he wants. And forget about We the People.

President Obama’s actions need to be reviewed to understand how we got here, so when we have lost all of our rights to speak and protest and act out with our greivances, we can understand very clearly how, during our watch, our country was lost to the International Cabal of Globalists.

and ignored the many, many signs that have led to this most monumental moment in our  history and children’s very questionable future.

1) President Obama has signed more Executive Orders bypassing the U.S. Constitution, Congress and We the People as the Great Dictator, than any other President in history, while simultaneously declaring he has no authority to regulate and control To Big to Jail the people, with names, address’ and phone numbers that committed these crimes against the citizens of the United States.

2) Whatever your opinion on immigration may be, he alone just has decided that they he will allow some 5 million undocumented to get drivers licenses…for five years, yet not legal status.  http://www.npr.org/blogs/thetwo-way/2014/11/20/365519963/obama-will-announce-relief-for-up-to-5-million-immigrants

3) Yet he has been the greatest deporter of undocumented people in Presidential history.  http://www.thenation.com/article/179099/why-has-president-obama-deported-more-immigrants-any-president-us-history

4) Yet he has allowed thousands and thousands of children to immigrate into the U.S., allegedly against the suddenly porous southern borders, then lost track of them.  http://www.kens5.com/longform/news/features/2014/07/15/the-lost-children/12704695/

5) He has sanctioned wars and committed U.S. soldiers to Afghanistan, Iraq, Ukraine, Syria, Somalia, Pakistan, etc., yet declared he was going to get us “out of the war business”while campaigning for the Presidency.  http://www.politico.com/story/2014/09/barack-obama-syria-airstrikes-111264.html

6) He sits in his office on “Drone Kill Tuesdays” and universally decides that he alone can assassinate anyone he deems necessary against the war on terror, including Americans by drone strikes, many times killing innocent people and further creating enemies against the U.S. http://www.businessinsider.com/obama-when-its-okay-to-kill-americans-drone-strikes-2013-5

7) He has fired more high level admirals and generals than any other President who opposes his unilateral powers.  http://www.rense.com/general96/listof.html

8) He condones torture, as he alone has had the executive power to close the hideous torture practices going on at Guantanamo Bay and secret renditions torture centers set up in other countries to avoid prosecution at home.  http://www.slate.com/articles/news_and_politics/view_from_chicago/2013/05/president_obama_can_shut_guantanamo_whenever_he_wants_to.html

8b)  In 2009, Obama blocked release of more torture pictures of horrible abuse by U.S. Military and private-for-hire U.S. hired contractors, and Congress was complicit. http://www.telegraph.co.uk/news/worldnews/barackobama/5320559/Barack-Obama-attempts-to-block-alleged-torture-photos.html

9) He did not protest when citizen rights were demolished when allegedly two kids actions caused Boston to go into a total lock down and we all learned our new police state orders to “shelter in place” while much of Boston was occupied by the militarized police. http://www.thecommonsenseshow.com/2013/10/11/the-three-stages-of-us-martial-law/

10) He did not protest when Ferguson, MO declared martial law last week ahead of a grand jury decision.  http://www.shtfplan.com/headline-news/martial-law-declared-ahead-of-ferguson-verdict-national-guard-activated-to-handle-period-of-unrest_11172014

11) He is secretly fast tracking the TPP, bypassing Congress entirely, to put the United States under International Corporate rule.  http://theeconomiccollapseblog.com/archives/obamas-secret-treaty-would-be-the-most-important-step-toward-a-one-world-economic-system

12) He has prosecuted more whistle blowers than any other President in history. http://www.motherjones.com/politics/2012/06/obamas-whistleblowers-stuxnet-leaks-drones

13) He has allowed more surveillance on innocent U.S. citizens by tapping and recording our emails, our phones and tracking our movements by our not so Secret Police.  http://www.theguardian.com/world/2013/jun/20/fisa-court-nsa-without-warrant

14) He has run up more debt, $17 trillion dollars so far, on the We The People’s debt ledger, while Wall Street hits new highs, and jobs are new lows while more people have lost their homes than while under any other President.

The National Debt has continued to increase an average of
$2.43 billion per day since September 30, 2012!

15) He has taking in more money in from banksters than any other President.  http://www.salon.com/2013/01/29/barack_obama_wall_street_co_conspirator/

16) He has outsourced more jobs out of the U.S. than any other President. http://www.thenewamerican.com/usnews/politics/item/12039-obama-stimulus-funding-goes-abroad-outsources-jobs

17) He has allowed hundreds of billions of dollars in fines for corporate malfeasance, yet not one CEO has ever gone to jail for killing and injuring We the People.  http://www.forbes.com/sites/tedkaufman/2013/07/29/why-doj-deemed-bank-execs-too-big-to-jail/

18) He declared in 2009, that nearly one hundred thousand U.S. citizens would die of the “pandemic” H1N1, when in fact more people died of the common cold that year, but allowed Big Pharma to make mandatory vaccinations in many schools as well as Big Box stores to virtually give out free vaccinations to all.  https://tabublog.com/2014/01/18/vaccine-nation-selling-fear-making-bank/

19) He made mandatory healthcare to be paid for all even or face mass tax penalties and fines even though U.S. medicine ranks 43 in the world in quality and # 1 in cost of care. http://www.akdart.com/obama184.html

20) He is funding billions to move children out of the homes into schools starting at age zero because the State needs to control our children from “cradle to grave” while promoting schools be open 24/7/365 because “parents will have to be working so much”.

21) He, and Congress, are to allowing our country to be used as a supply house and a sewer for frackers and Big Oil while backing the XL pipeline to run straight through they country to sell to foreign interests. http://www.adn.com/article/20141116/keystone-xl-pipeline-obama-says-he-wont-budge

22) His former Chief of Staff, Rahm Emanuel, served as a volunteer in the Israeli Army as well as many other cabinet members having duel Israeli/U.S. citizenships. http://educate-yourself.org/cn/dualcitizensobamaadmin23aug12.shtml

23) These are the actions of our Dictator in our Fascist Totalitarian Regime, yet our only forms of protest to express our grievances against our Dictator is to stand in “Free Speech” caged zones miles away from where any politician speaks.  http://www.wnd.com/2012/03/obama-signs-end-to-free-speech/

24) There will be another false flag very soon, much greater than 9/11 according to Darth Cheney.  http://www.washingtonpost.com/blogs/post-politics/wp/2014/06/25/dick-cheney-predicts-attack-this-decade-far-deadlier-than-911/

25) It is a near certainty now that Obama will be enforcing martial law in this country before 2016 and not abdicate the throne.  http://www.thecommonsenseshow.com/2014/10/15/black-conservative-leader-obama-could-declare-martial-law-cancel-2016-elections/

The actions this week are to test the citizen response to his unilateral decision of a President gone wild with absolute power to see if anyone is outraged at his behavior as part of the stated agenda for a One World Order by the International Cabal consisting of the Vatican Jesuits, City of London Banksters and the Militarized Police of the private corporation that is Washington D.C..

(David Gergen, Bilderberger, Trilateral Commission, Club of Rome member and now mouthpiece for the NWO, set the honey trap by setting the “opposition” to Obama’s sole authority decider action by even adding to what his powers should be while also attempting to validate what Obama has just done:

It isn’t the underlying policy that is troubling. Just the opposite. We have known for years that we would never deport some 11 million people from our midst. Many have become hard-working, productive members of our society, and Congress, working with the White House, should long ago have provided them a safe pathway out of the shadows.

In that sense, this policy is good. One wonders indeed why the President, having decided to take the plunge, didn’t go further and build a pathway to fuller benefits such as health care for those who establish a solid record of work and good behavior.

During the 19th century, conventional wisdom held that presidents had only as much authority as the constitution explicitly granted; Teddy Roosevelt famously flipped that proposition on its head — unless the Constitution explicitly forbids, he argued, the president has implied authority to act, especially as commander-in-chief. Many of his successors have agreed and usually the courts have gone along with them.

Even so, President Obama’s executive order on immigration seems to move us into uncharted, dangerous waters. It is one thing for a president like Lincoln or FDR to act unilaterally in national emergencies. In nearly all the big examples of the past — like the Emancipation Proclamation — they were also acting as commander-in-chief. As the one foremost responsible for protecting the nation’s existence, a president as commander-in-chief has long been recognized as having inherent powers that stretch well beyond those of normal governance.

We deserve our continued acceleration of our servitude for our unwillingness to speak out and be heard against such and assault.

And it is only going to get much worse for all.

For We the Sheeple refuse, in willful ignorance, to stand up against the greatest threat this country has ever had.